The War of the Roses Movie Information 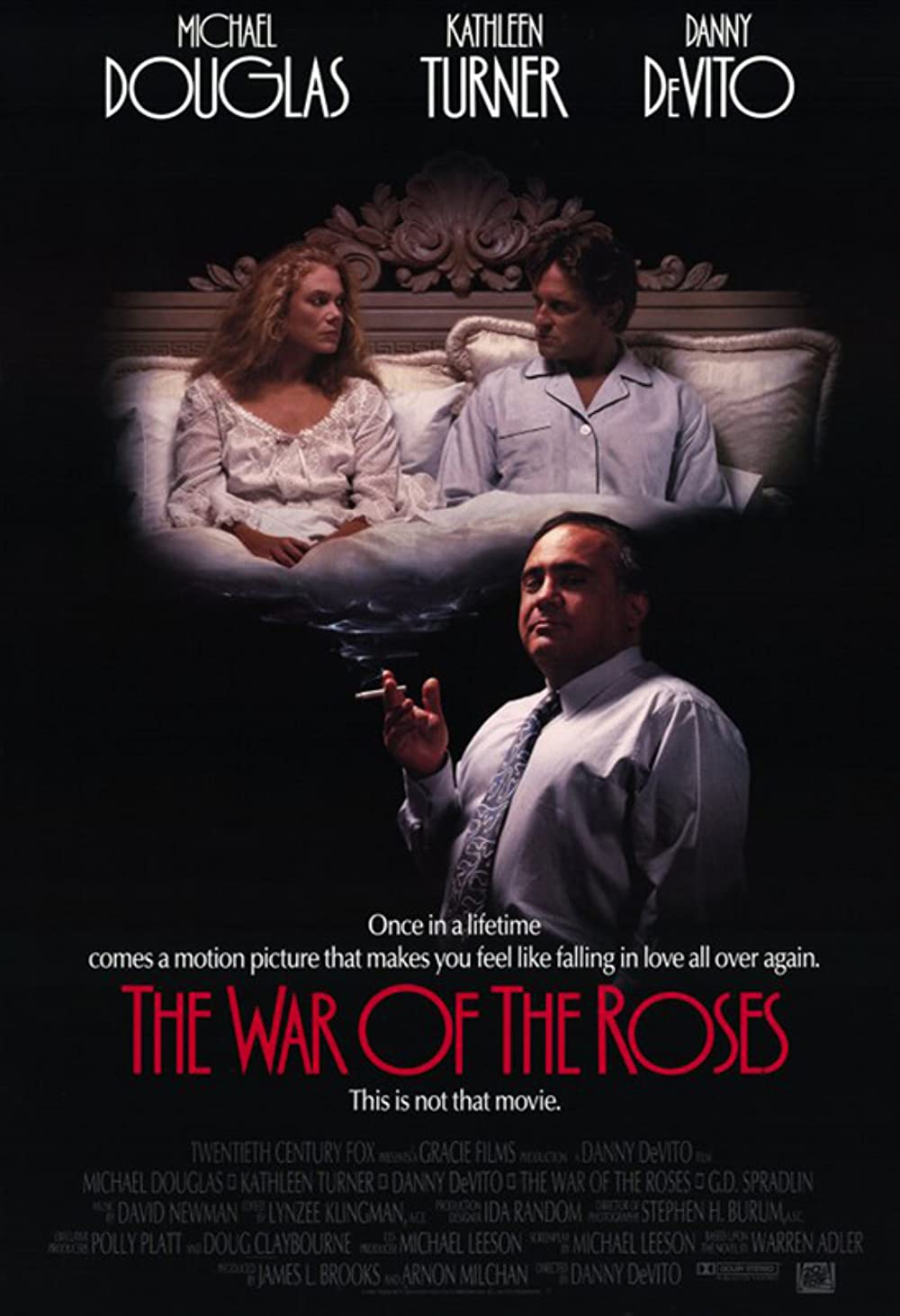 Plot: A couple's marriage falls apart as their story is told through the eyes of their lawyer.

Amusing if you appreciate dark humour, just don't expect to enjoy it if you've gone through a messy divorce (heck, every divorcee I've mentioned this movie to hates it).

This movie was funny & sad at the same time

Not funny if you are not into black comedies

This is the story of the marriage of the "Roses" (Kathleen Turner, Michael Douglas) told through the words of a lawyer (Danny DeVito, who also directed) who relates the story to a potential client (Dan Castellaneta in a non-speaking role).

I do not understand why Yahoo Movies say I would like black comedies, because they are only worth a couple of chuckles. And this one is no exception.

Although the movie has a good cast, three members of which have worked together twice before -- in better movies, they only give a fair performance.

Another problem with this movie is that only the "Roses" have any character development. The "Rose" children, who are seen in three stages of their lives, and the rest of the cast are not used well at all. They are mostly there, and aren't used …

No posts have been made on this movie yet. Be the first to start talking about The War of the Roses!