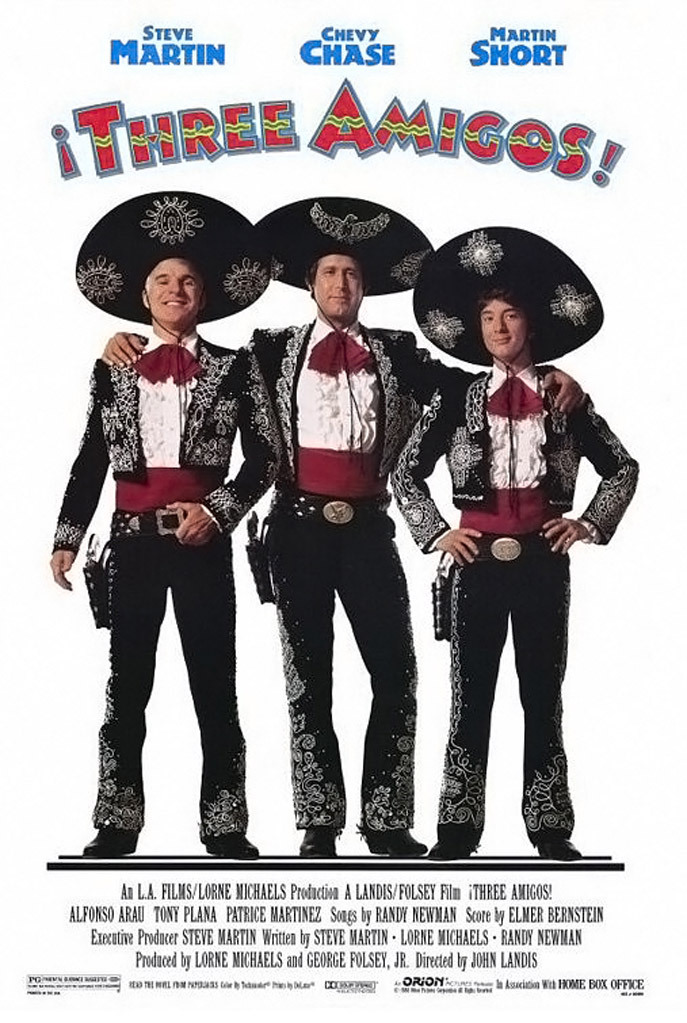 Plot: Three out-of-work silent film actors head to Mexico to meet the "infamous" El Guapo and his gang for what they think is a show, but have to put their talents to the test when they find out it's the real deal. -- Chris Kavan

Corny but charming comedy-adventure-western with a trio of funny lead actors. It's a tad darker than you'd expect from this type of comedy. Borrows heavily from 'Magnificent Seven' and 'Wild Bunch'. Perhaps it's meant to be a parody of that.

I was expecting more from these three titans of comedy. Throw John Landis in and I thought this would be fall off your chair great. But, it's just ok. It's basically a Steve Martin movie, Martin Short gets a few good lines. Chase is almost non-existant. This is a fine film, but watch Vacation, it's way better.

A guilty pleasure if ever there was one!

Most Underrated Films by truckturner

No posts have been made on this movie yet. Be the first to start talking about Three Amigos!