This is Spinal Tap Movie Information 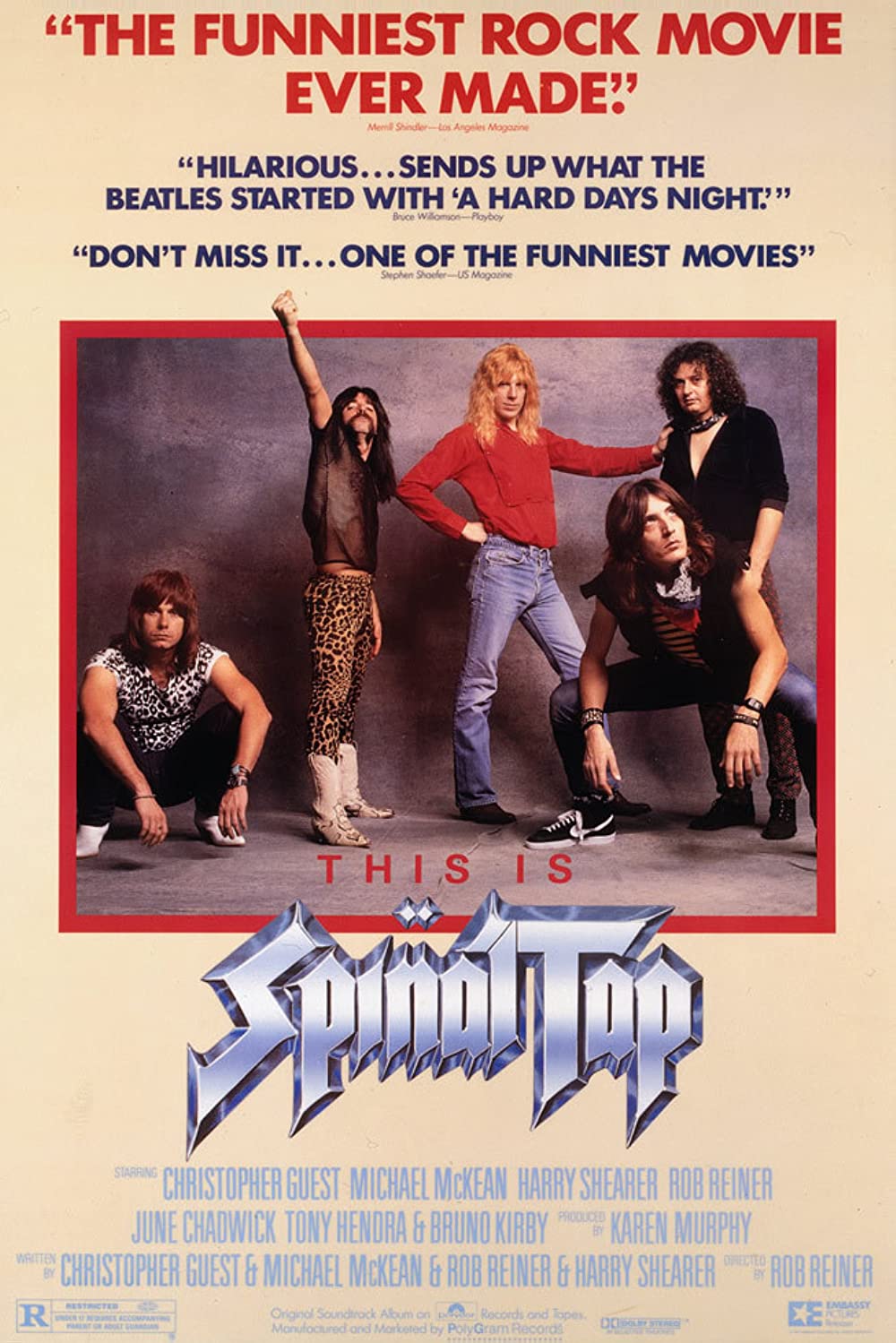 Plot: A mock rockumentary following the trials and tribulations of Spinal Tap, a British rock band trying to make their American comeback.

"This is Spinal Tap" is the most defining movie in the mockumentary genre.

This Is Spinal Tap is a mock documentary and affectionate parody of heavy metal and its fans. To be honest, I suspect you have to be a metal fan to truly "get" it, but if you do, it's utterly hilarious! If you didn't know already it could be easily mistaken for the real thing; much of the dialogue was ad-libbed and it just captures the spirit of rock bands and the music biz perfectly. There are so many hilarious scenes I can't begin to count and it's the perfect movie to watch with a beer and a few like minded friends. Even the songs are comedy gold! I've seen this film over a dozen times and it still cracks me up EVERY time!

This is Spinal Tap review

In mockumentaries believability is important, acting and of course the screenplay. One of the pioneers of the genre, the picture is catching from start to finish despite some too ludicrous sequences, namely the deaths of the drummers. David St. Hubbins (Michael McKean) and Nigel Tufnel (Christopher Guest) together with bassist Derek Smalls (Harry Shearer) are the main focus of the band, Spinal Tap. Marty DiBergi (Rob Reiner) makes a documentary of the bands lifestyle and observes that there was more to the band than he thought possible. Highlights would be the "11" scene and the dwarf's dancing around the supposed giant Stonehenge megalith. Loads of cameos, funny lyrics, authenticity of the documentary was realistic. This is Spinal Tap is a fun mockumentary for …

No posts have been made on this movie yet. Be the first to start talking about This is Spinal Tap!