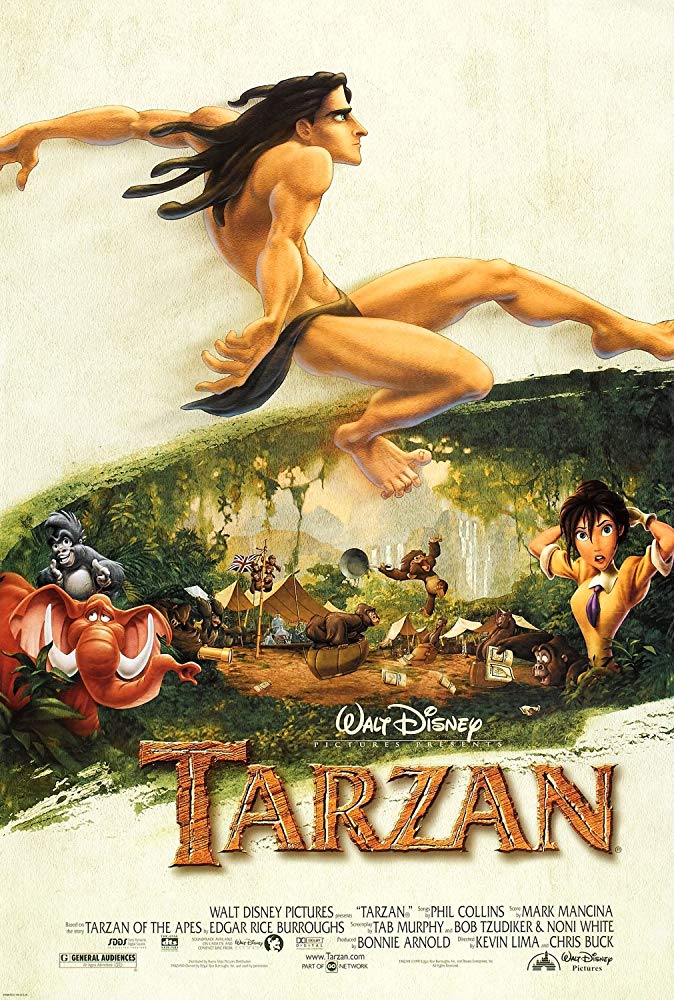 Plot: Tarzan tries to fit in with his adopted ape family and then has to save them and Jane from villainous poacher Clayton.

It marked the ending of what was likely Disney's greatest era and the beginning of one of the studio's oddest and most experimental. "Tarzan" is wonderfully animated, has a terrific story, and also happens to be the first movie I ever saw which alone makes it personally meaningful.

Tarzan the 1999 version is a cute animated film with remember-able character's and good songs.

There are some good moments taken out of the origianl Tarzan story, but all of the new additions just don't seem to fit, especially the villain Clayton.

Based on the famous series of novels written by Edgar Rice Burroughs (September 1, 1875 â March 19, 1950), Disney has come up with a pretty entertaining adaptation of the beloved literary character.

There are very few dark colors in the scenery. In fact, the only …

No posts have been made on this movie yet. Be the first to start talking about Tarzan!