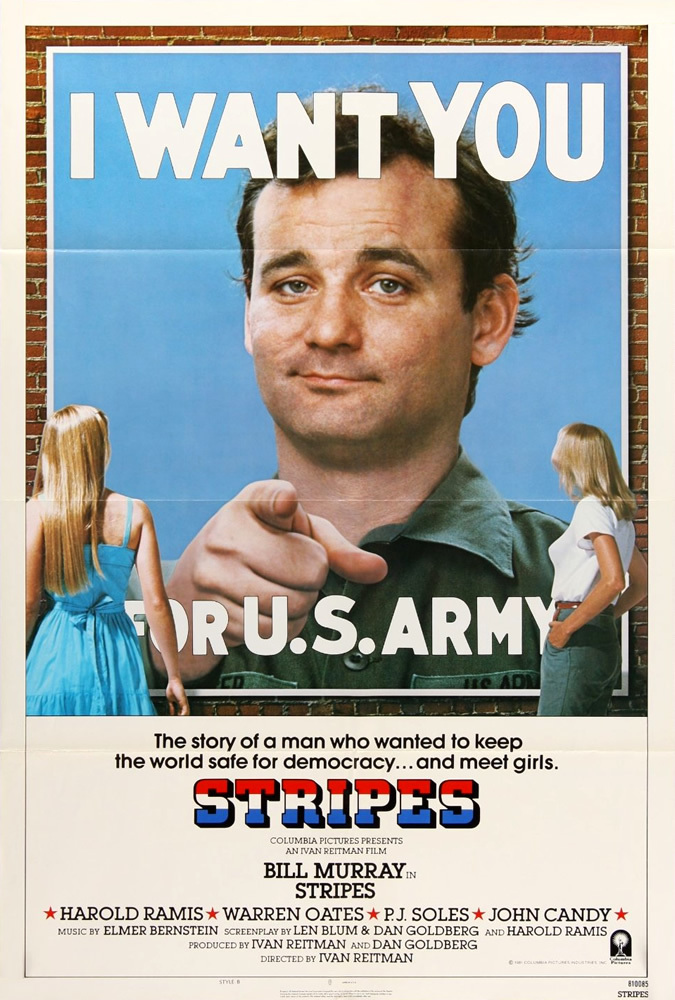 Plot: John Winger, a down-on-his luck New Yorker, convinces his friend to join to army with him to impress chicks and make money. Clowning through basic training, becoming the leader of a misfit platoon, Winger somehow manages to land a plum assignment manning a new urban assault vehicle in Italy. -- Chris Kavan

Extraordinarily obvious army comedy (think a bootcamp version of Police Academy) saved from total ineptitude by the presence of some of the biggest comic talents of the 80s. The jokes are weak but they're delivered by pros.

An energetic, sometimes raunchy, always witty of politics and the military, done in an infectiously lighthearted manner. The comic timing and enthusiasm of the entire cast makes this film hilarious through and through. One of the best comedies of the 80's.

Though it came 1 year after Caddyshack, this feels like a step backwards for Murray, even though he's the star. Not as good as the rest of the Murray cannon, but if you have some time, check it out.

No posts have been made on this movie yet. Be the first to start talking about Stripes!