Smokey and the Bandit Movie Information 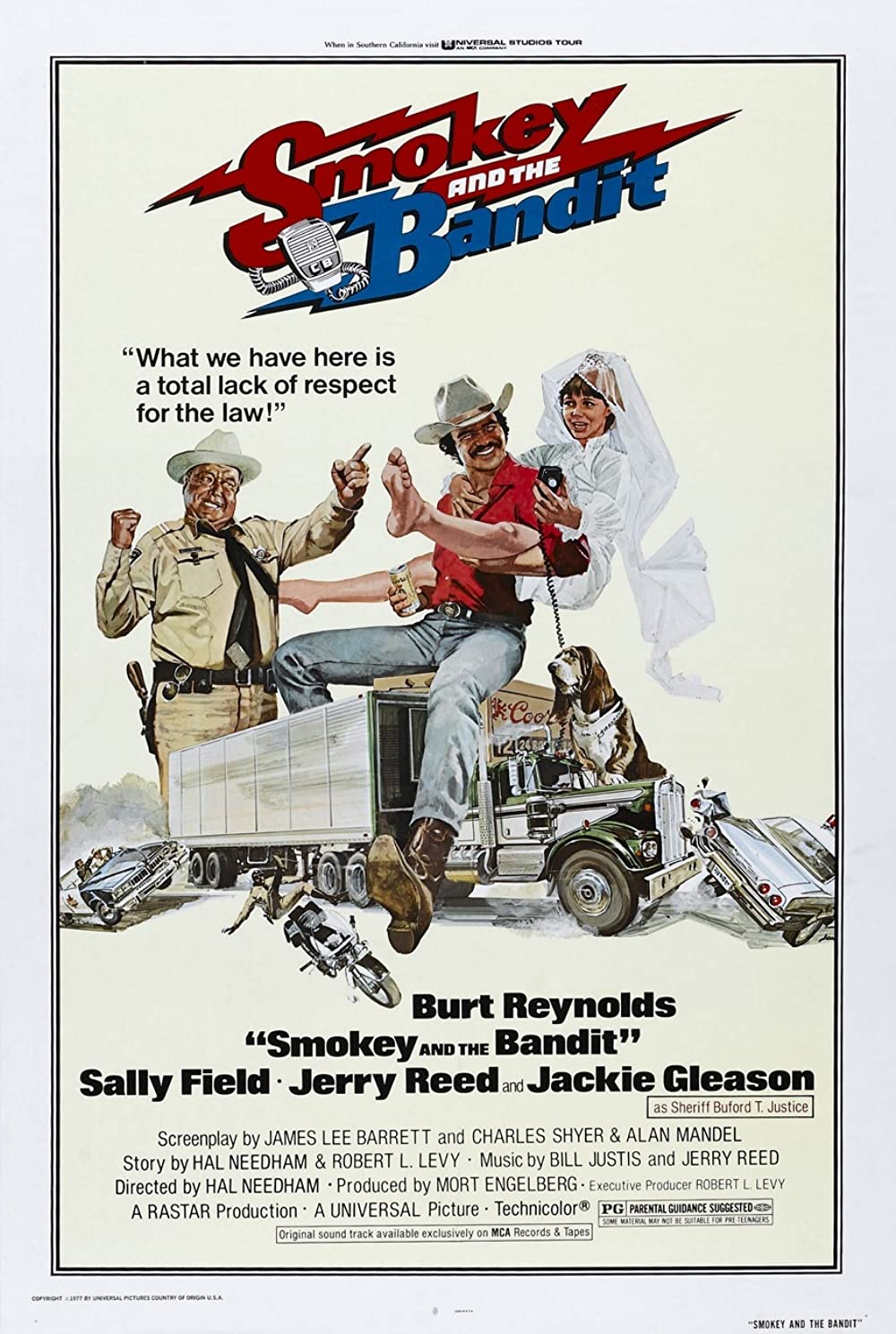 Plot: The Bandit is hired on to run a tractor trailer full of beer over county lines in hot pursuit by a pesky sheriff.

This movie will never take you by surprise but it is nevertheless extremely fun and entertaining with a likable cast.

It's a one-trick-pony, where every sequence of chase 'em - catch 'em - lose 'em is followed by half a dozen more just like it. But "Smokey and the Bandit" comfortably cruises along in this undemanding groove, and does so with enough wisecracking and charisma to show why it became a cult sleeper hit in the first place.

When I was little I use to hate this movie & the only thing I liked about it was Burt Reynold's Trans Am & Jerry Reed.After watching it now, I can't understand why.The car chases weren't only awesome but sometimes hilarious & The cast of characters were great as well especially Jackie Gleason & Big Enos & Little Enos

best of burt reynolds by Cliff

Top Films of 1977 by Neobowler

No posts have been made on this movie yet. Be the first to start talking about Smokey and the Bandit!