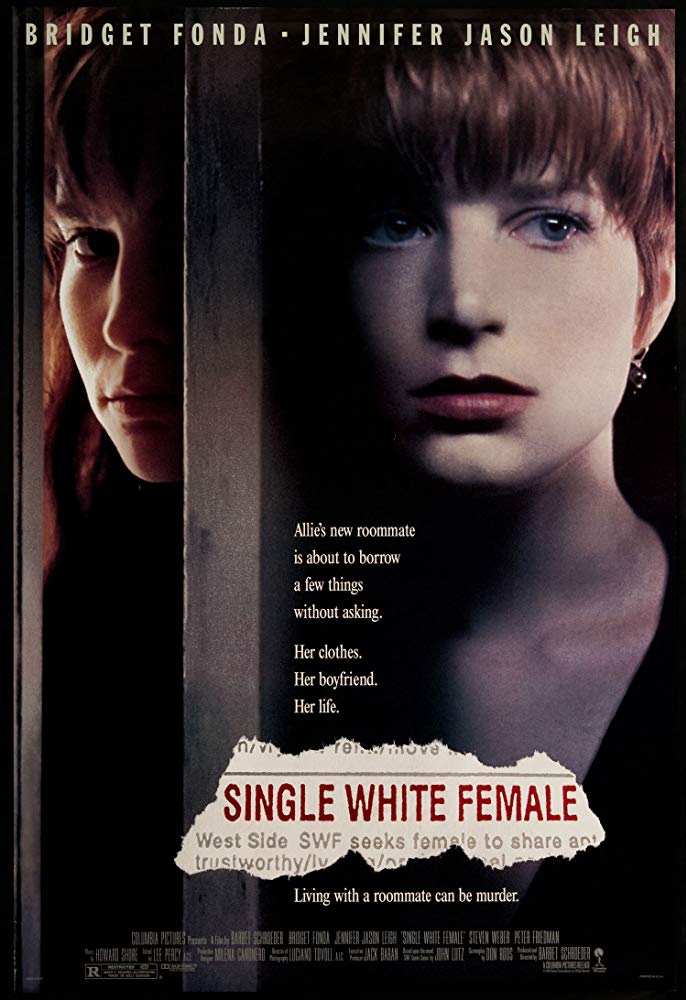 Plot: A woman places an ad for a single white female to replace her boyfriend and thinks she has found the perfect roommate. But this perfect roommate starts to copy her in every way, and things soon spiral out of control. -- Chris Kavan

Decent thriller, but nothing that elevates it above that description. You could do worse to pass the time.

This show wanted to be good but it just couldn't muster the strength.

The film centers around Allie Jones (Bridget Fonda), a sophisticated New Yorker who discovers the love of her life, her fiancÃ© Sam cheated on her. In order to not be alone she advertises for a roommate and after seeing several losers, she comes across seemingly sweet, quiet, innocent Hedy (Jennifer Jason Leigh) a psychopath of course although Allie doesn't realize this right away. The turning point comes when Allie's penitent fiancÃ© comes back into her life and as she slowly patches up her relationship with the guy, Hedy begins to go over the deep end. It takes Allie a short while to suddenly see Hedy is unbalanced but it's too late as the mousy Hedy turns out to be the roommate from hell; dressing like her and even having her hair cut and dyed to match Allie's.
Although dated, this …

Movies of 1992 by Stoney McStonerson

No posts have been made on this movie yet. Be the first to start talking about Single White Female!