My kind of humor.

If you've seen Burn After Reading, then you know exactly what kind of humor I like.

I'm a fan of the Coen Bros., and I'm excited for their latest film 'Inside Llewyn Davis'. So with that said, why not review some Coen Bros. movies?
Burn After Reading had me laughing for the majority of the movie, because I have a very odd taste in humor. I like black comedy, mashed with quick and British humor. This movie shows elements of all of them.
Not a single joke is left in the cold. The comedic timing was priceless.
The acting was great. Every actor understood the performance they had to give in a movie like this. Silly.
Brad Pitt and George Clooney were perfectly cast. Especially Clooney really showed what he had to offer. He was naturally charismatic and could also pull off some shocking …

"Burn After Reading" by Yojimbo

Two gym employees try to blackmail an ex CIA agent in the mistaken belief that they have stumbled on some sensitive material and wackiness ensues. Burn After Reading I think was trying to recreate the marriage of witty comedy and bleak criminality of Fargo but somehow they don't sit together anything like as well here. The cast is exceptional, but every character is basically a self serving asshole with the possible exception of Brad Pitt, who is just an idiot. There are some funny lines and Clooney and Simmons are as great as always, as are they all really but it's not all THAT funny, and the plot is a little too aimless and random to fully engage. It's not a bad film by any means, but by the Coens' standards I found it a little disappointing.

Osbourne Cox (John Malkovich) resigns as a CIA analyst. In effect, Katie (Tilda Swinton) tries to file divorce. Harry Pfarrer (George Clooney) dates Linda since his divorce is being processed. Chad Feldheimer (Brad Pitt) calls Osbourne about documents left, which are his memoirs. Linda Litzke (Frances McDormand) plans of having 4 operations and looking for a partner on the internet. She finds ways to convince her boss for an advance.

With the Coen brothers, the screenplay is always enlightening with some brilliant lines: Harry â âYou just can't help dragging everything down.â Ousbourne â âYouâre part of a league of morons.â Linda & Harry conversing â âI think that it's very important to maintain a positive attitude.â âAlways up, always ebullient.â … 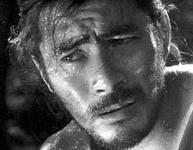 It's a compact film, as you would expect from the Coen's, the little touches are exquisite; the picture of Putin of the Russian Embassy wall, Brad Pitt's imbecile, Carter Burnwell's brilliant, paranoid, score, even down to the movie poster above advertising this film, are perfectly aligned and expertly delivered. Yet, despite the finesse Burn After Reading will leave you underwhelmed, deflated even, and if there is one over-riding criticism levelled at the film it's the distinct lack of warmth and empathy. Apart from Chad, you feel nothing for these characters and it's this nihilistic thread, which creeps in to the Coen's work from time to time, that leaves you so disengaged with the film. Ultimately, this feels more like a cold-hearted clinical piece of work rather than a labour of …

Ah, finally. Burn After Reading has hit the cineplex, and already it is stirring great attention. Was it the premiere at TIFF?(Toronto International Film Festival) Or was everybody waiting for the Coen Brothers to show their newest addition to their line of comedic masterpieces. I sure as hell couldn't wait. And I got what I wanted and more.

Sure is no 'The Big Lebowski' that's for sure, that doesn't mean it isn't a good movie. I thought it was terrific, seeing as it was much better than 'The Ladykillers' and 'Intolerable Cruelty.' Though you must find something in the heart of the characters while viewing the movie. No one creates characters like The Coens, and even with sometimes a misleading plot, the movie carries on from Pitt, Malcovich, Mcdormand, Simmons, and Clooney's …

"You're part of a league of morons."

A decidedly second-shelf Coens effort (along the lines of The Hudsucker Proxy and Intolerable Cruelty). But second-shelf Coens is still a hell of a fun ride. Superbly acted and written film, with wonderful performances all around. Brad Pitt is remarkably good as the moronic personal trainer who stumbles across what he believes to be "top secret shit"--so good, I wished that there had been more of him after all is said and done. And John Malkovich is hilarious as the disgraced CIA agent who seems incapable of communication not involving forcefully screamed expletives. The plot (such as it is, coiling in upon itself) really isn't worth describing, as it's entirely unimportant--like North by Northwest, but populated with imbeciles as opposed to sophisticates, everything that happens is …

The Coens have set out to create the most ridiculously complex plot they could, and theyâve succeeded with flying colors. Late in the film, when two agents muse how pointlessly confusing the whole thing is the audience is right there with them. The entire film is an hour and a half of pointless confusion, but it couldnât be more hilarious. When events take the trademark dark Coen Brothers twist, the film becomes even more convoluted. It relentlessly parodies the look-over-your-shoulder paranoid thrillers and the every-word-has-a-hidden-meaning spy films that is purposely loses itself as it winds to a ludicrously messy finale.

Coen Brothers vet McDormand puts in another classic performance that is a masterpiece of earnest lunacy. The audience simultaneously feels for Linda as she …