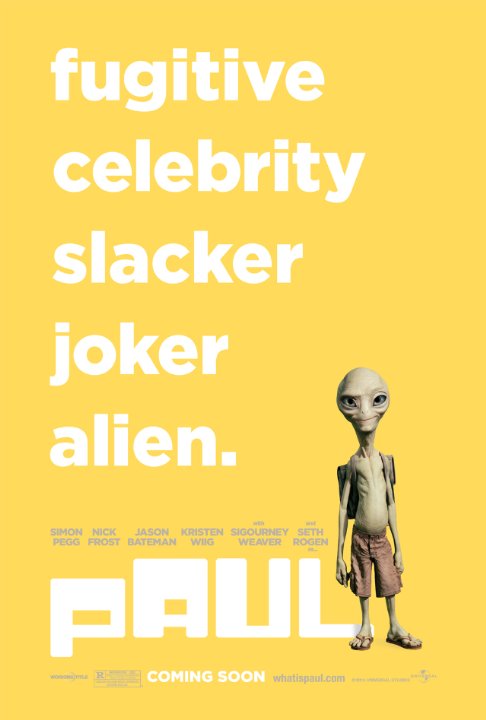 Paul is a great & undeniably funny movie starring the comedic geniuses that are Simon Pegg & Nick Frost. The movie co-stars many popular comedic actors including Bill Hader, Jason Bateman, Kristen Wiig, Joe Lo Truglio, David Koechner & Blythe Danner. A comedy that stands out to Pegg & Frost's previous work, Paul is under the surface a road trip movie but with a brilliant twist of having an alien aboard. The special effects are, for a buddy comedy, shockingly good. The alien is very believable & the explosions are shockingly both well-done & well-filmed. What did shock me was the subplot of (SPOILER ALERT) Paul actually being the alien of the infamous Roswell incident that escaped & is now being hunted by the FBI. Blythe Danner was actually a little girl when Paul landed & was one of his friends. But, what surprised me the most was when, at the end, Jason Bateman despite appearing to be hunting for the alien, is actually trying to save him. This movie is filled with funny gags & one-liners that kept me laughing throughout. 4/4, the best movie of the year so far!