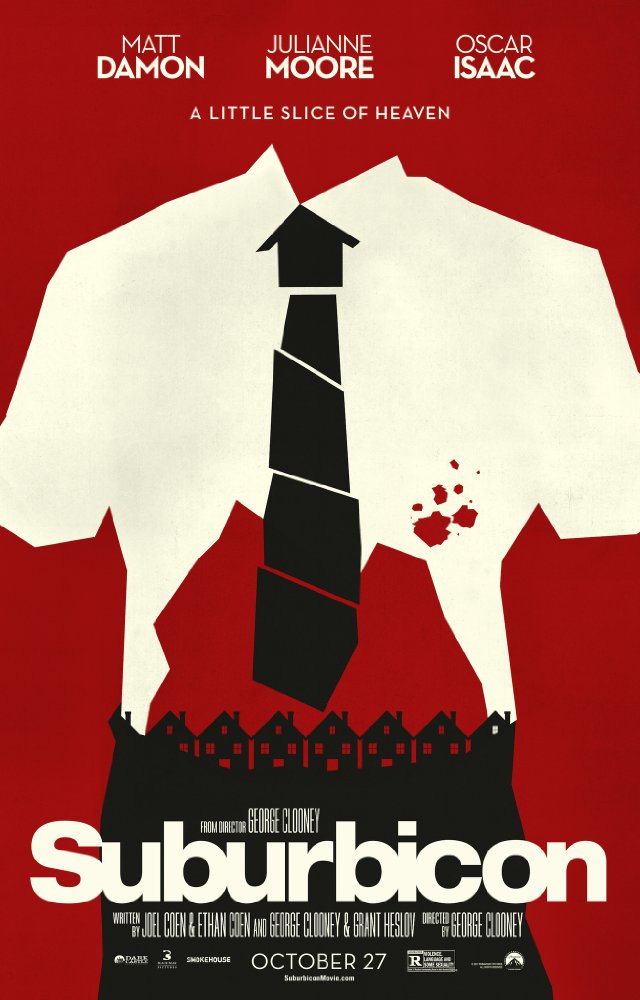 A wannabe genre-mashup that instead becomes a trainwreck. George Clooney has always been a mediocre director, it needs to be said. Even his most acclaimed films aped from other better filmmakers. In this case, SUBURBICON clearly aims to be a satirical black comedy in the mold of the Coen Brothers. But the script lacks the tonal consistency, the sophistication, the ironic wit, or even the charm of seeing a folksy rendition of Americana on film again. Amusingly, the reportedly shoehorned subplot about racism in the all-white community is the most interesting part of the otherwise dull and unpleasant movie.