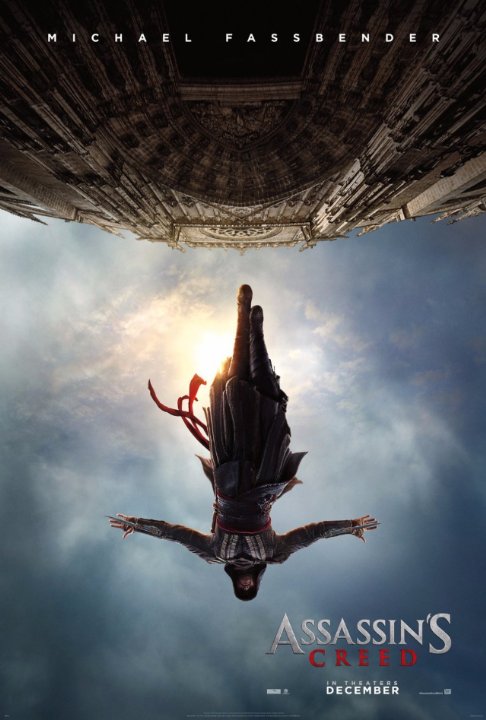 Imagine the pitch: Assassins and the Knights Templar use technology to settle old scores by assuming the identities of their ancestors via cutting edge computer simulation. Basically the Crusades being fought inside the Matrix. That sounds awesome.

And yet the movie is shockingly dull, flat, and boring. Once they actually use the machine and go back in time to 15th century Spain, it's exciting, intense, and has a spark of life to it. The director, Justin Kurzel, has an eye for action despite this being his first big budget movie. Why not revel in it and skip all the expository nonsense? This movie is two and a half hours long and thirty minutes at best are spent in the past. Which of course is the best part of the movie.

The cast is the best ever assembled for a video game movie. Michael Fassbender, Jermey Irons, Marion Cotillard, Brendan Gleeson, Charlotte Rampling, and Michael K. Williams in the same movie? That's already impressive but what's incredible and infuriating is how they're wasted for the most part. The strange thing is, the director used the two leads (Fassbender and Cotillard) for his MacBeth movie in 2015. I didn't like that film but I didn't think they were slumming in their performances. Here, Michael Fassbender is almost practically asleep.

I didn't succumb to boredom because the movie cheats and splices out the actual Assassin's Creed stuff every fifteen minutes. It doesn't help in its favor. I was still bored for most of the movie.