Indyfreak's Movie Review of No Escape (2015) 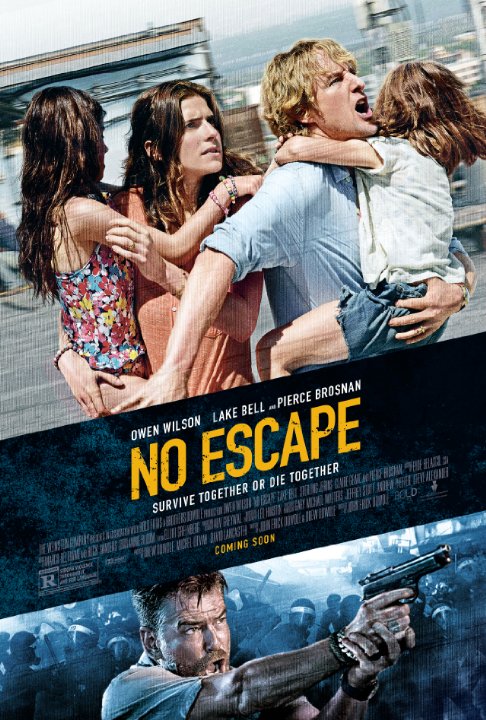 The biggest complaint being leveled at this otherwise well made mid-level thriller is any of the following phrases associated with cultural insensitivity. These words include xenophobic, retrograde, bigoted, and yes even racist. No Escape's flaws are more indicative of a messy script than actual racial prejudice motivating its depiction of nonwhites. We don't even know what country the action takes place in.
Despite this stigma, I'm not gonna lie about No Escape. It did have me entertained and engaged for most of the time. There are a couple bits which are meant to be serious or suspenseful but the direction doesn't make it work (again it's otherwise well done). Owen Wilson and Lake Bell are believable as the American couple abroad with their children that happen to arrive right when the unnamed Asian location erupts into revolution and violence. No Escape wastes no time exploiting the R rating and doesn't let the presence of two child actors stop it from being surprisingly brutal at times. But it works. The ace up its sleeve is Pierce Brosnan who's an enigmatic Brit that helps the protagonists. He's easily the best thing about this movie.
No Escape won't overcome accusations of anti Asian sentiment which I certainly don't believe was the intention. It's a shame that no one on the film crew saw this elephant in the room as it spoils an otherwise enjoyable B movie too much to let it just slide.