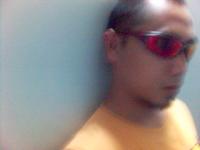 Its not another super hero film, Its awesome!!!

I read the cover of the DVD and it doesn't have much of the promotional comments on it. I thought this is just another super hero movie but when i watch this film, it surprises me. This film is really awesome! It suddenly caught my attention and find my self entertain with the film. The drama, the humor, the thrilling moments and the action sequences are superb.Not only Woody Herrelson but the rest of the cast have shown their great acting. The plot is very well executed and the story is revealed beautifully. Woody Herrelson is Arthur Poppington in the story. He is a regular guy but believe that he is a super hero. He roams at the street every night to search for his enemy captain industry who is a drug and prostitution lord in the …