I actually thought the movie was hilarious. It was not the best movie I have ever seen, but watching the movie did make my night. Maybe this is because I also enjoy watching family guy, so the humor and jokes are familiar for me.&nbsp; 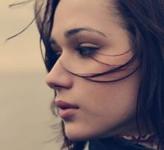 Last weekend I watched Ted with my 14 year old daughter. Although the movie did have bad examples, drugs, lewd jokes,&nbsp;language&nbsp;and drinking, I thought it was a good example of what NOT to do when they are older. But, overall, it was a really funny movie!http://litbloc.com/?s=mov ies

It was good - but it wasn't outstanding. Maybe this is one of those movies that grows on you with repeated viewings.

(Owen McKenna Rio Rancho, NM) I agree, I didn't find the Ted to be that funny of a movie. I did laugh at times, but not continuously like my friends told me I would.

I'm not sure if my expectations were too high. &nbsp;I didn't even want to see the movie at first. &nbsp;The positive word-of-mouth sort of changed my mind momentarily. &nbsp;I think it just comes down to the fact that all of the humor was so much in the style of Family Guy and I'm not a fan of the show's humor most of the time. &nbsp;Thats about the main reason I can come up with for not favoring this film as much as everyone else.

Maybe one should not read reviews/plots or have high expectations when watching films.&nbsp; At first I thought the idea of a bear coming to life was ludicrous.&nbsp; From the very start it already caught my attention.&nbsp; A second viewing may change your view, especially with your good taste in comedies.&nbsp; Personally, I just enjoy the humor of Family Guy, which&nbsp; guess rubbed off during my viewing.&nbsp; Humor may vary depending on your mood or taste I guess.&nbsp;

I'm surprised that my review is actually the most negative, on the site, at this time. &nbsp;I generally love comedies. &nbsp;Especially ones with good concepts such as this. &nbsp;I expected to maybe bust a gut or two, but Ted just didn't deliver for me. &nbsp;Am I missing out on the humor, or is it okay that I didn't laugh as much? &nbsp;'Cause I have yet to meet someone that didn't find this movie less than hilarious.

Haha thanks bud. I'm not gonna write my full review yet, but I'll just say I really enjoyed it.&nbsp;

Always look forward to your reviews - if nothing else, the movie looks like a lot of fun. It looks like it may be neck and neck with Magic Mike for the weekend, but it has just a little edge. We'll see where it winds up.

Seeing it later today. So excited!!&nbsp;