Now with Brave, I could see myself going to it - looks like a great story with strong characters and Pixar has finally given the film to a female lead. I think Toy Story 4 would be a bad idea - as much as I enjoy the series, the third one wrapped things up nicely and I don't think it needs another film. Keep coming up with original ideas - it's movies like Up and Wall-E that help enforce the notion that animation isn't just a kids game anymore - sequels, not as much.

I didn't like the fact that Brad Bird had to be convinced to put in the Pizza Planet Toyota in The Incredibles. The truck was a blur in the film, but at least it was in there. If Brad will put the truck in an Incredibles 2, I would be happy to see it. I loved, loved, loved the first Cars movie, but I hate the premise for the sequel...international spies? Really? I have now heard that a Toy Story 4 is in the works. I guess with Toy Story 3 making over a billion dollars, it is understandable that Pixar wants to cash in on that gravy train again. I just liked how the story ended with the third one. I was also emotionally spent by the movie's end. I don't know if I could stand another huge tug at the heart strings from these toys. I love Pixar movies and will see them no matter what. I have been really looking forward to The Bear and the Bow for over four years. Now the name has been changed to Brave and the teaser trailer is out. Brave is scheduled to be released in June 2012...eagerly anticipating this one.

I think people are starting realize now that cars and cars 2 both suck (or are at least disappointing compared to the other Pixar films). No more sequels Pixar - only original!

I haven't seen the film yet, but if Pixar's history is any indication, the story for the film will be extremely touching and thought out. Here's some interesting news...John Lasseter will be getting his own character in the movie. It's a pick-up truck called, John Lassetire. Check out the details here. http://www.firstshowing.n et/2011/john-lasseter-get s-his-own-character-in-ca rs-2-john-lassetire/ 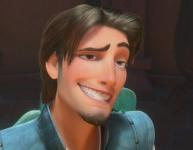 Gotta agree I'm a bit dissapointment in Pixar's choice to pick up on cars for a sequal.&nbsp; It is their weakest movie, but the new trailer shows it could be fun though. Let's not forget their main audience are kids, we just happen to be big kids that love animation. Toy Story 3 showed they know what their doing, but I would love to see something new altogether from Pixar again. Ah well, cross our fingers and hope that Cars 2 will be one of those suprise hits.

Agree with Snoogans. Looks pretty dumb but maybe it will work well with Kids. Still, this is Pixar...shouldn't they be coming up with original ideas? I mean it is an animation studio, where their only limit is their paint brush, right?

I didn't like the first Cars at all and this premise of the characters being spies is just ridiculous.

Pardon the double post, but did you all happen to see the new character images and descriptions that were posted on Yahoo! Movies this week? http://movies.yahoo.com/p hotos/movie-stills/galler y/3007/cars-2-stills

With John Lasseter directing Cars 2 you know it will be done right. Since becoming the head of Disney Animation he's had his say in a lot of recent movies, but I'm sure he's enjoying playing director on this film and getting to call all the shots.

I still want a sequel to The Incredibles, but only if Brad Bird comes back to direct. Even though I think there are better Pixar films, Incredibles was the most fun I had watching. I'm still torn about Cars 2 - I wasn't that impressed by Cars, but I think a younger audience will be more than entertained.