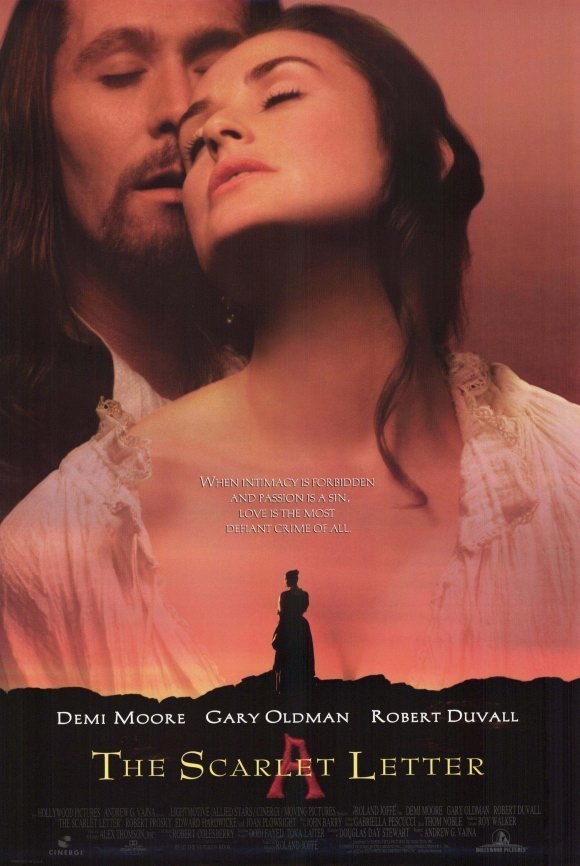 Plot: Young and independent Hester Prynne arrives at the Massachusetts Bay colony, where she quickly stands out due to her forward nature. She strikes up a friendship - and then much more - with a local pastor, and when word arrives her husband has likely died at the hands of Native Americans, she consummates their affair and a child quickly follows. But this draws the ire of the puritanical colony and things are made worse when her husband shows up alive and well, seeking justice and revenge. -- Chris Kavan

By all accounts (including mine) a terrible adaptation. If you're trying to write a report or something, get Cliffs Notes and forget this movie exists, because if you're basing it off this dreck, you're gonna get an F for sure.

After reading the book I thought I would check this movie out. I really didn't like the book so I don't know what I was thinking. What a really, really bad movie. Very sexual and different than the book. If you think you need to see this, go with the bad book instead.

Widely criticized upon its original release, this adaptation of the Nathaniel Hawthorne story initially tricks you. The cinematography is gorgeous, the John Barry score is excellent, and the moneyâs there onscreen.
The first act is decent. All the characters are introduced and even the romance begins sincerely enough. I believed that Oldman and Moore were falling for each other.
But then halfway through, a wildly out of place sex scene happens. Thereâs a red spirit bird that I guess represents their lust(?) or something. When Robert Duvall enters the story, you forget he was even a factor and his performance is oddly kooky. It just gets weirder and sillier.
It does at least try to address a lot of ideas ranging from conformity vs. individuality; piety vs. hypocrisy; and racism …

No posts have been made on this movie yet. Be the first to start talking about The Scarlet Letter!