The Rescuers Down Under Movie Information 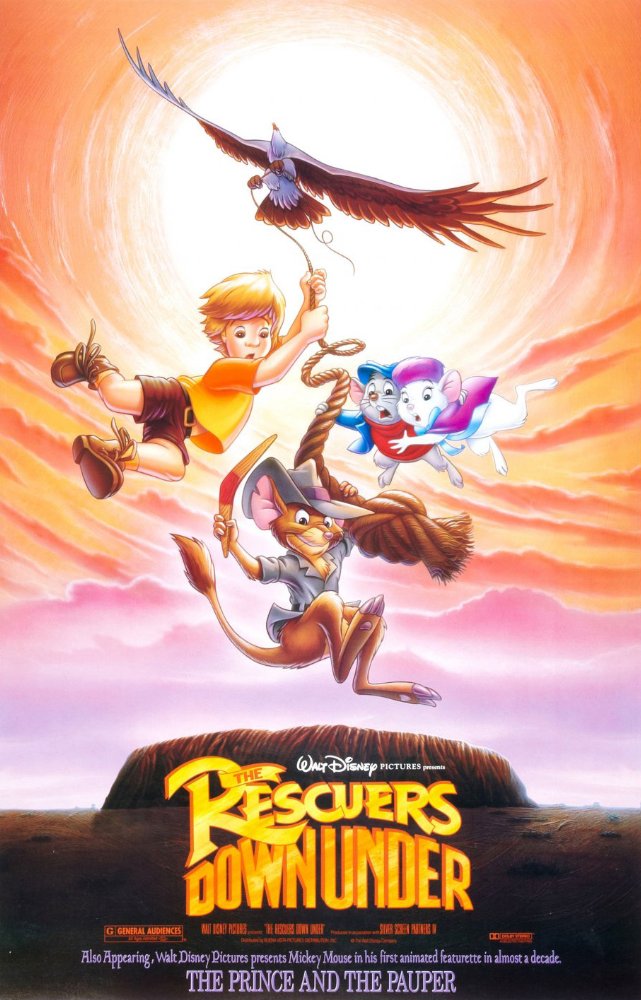 Plot: Bernard and Biana set off on another adventure, this time to save a boy and an eagle in the Australian Outback.

Considering it's a sequel, it could have been a lot worse. "The Rescuers Down Under" is of a direct-to-video quality despite its rich animation and sense of adventure.

One of the few decent Disney sequels. It's not great but it could have been a lot worse.

A fun sequel to a forgotten Disney classic. There's not a lot of deep substance to film - just some gorgeous visuals, a fun voice cast, and some exciting action.

Bernard (Bob Newhart) and Miss Bianca (Eva Gabor) are on another case after an Australian boy named Cody (Adam Ryen) is kidnapped by a poacher known as McLeach (George C. Scott). The two mice are aided by an Australian mouse, Jake (Tristan Rogers) in âThe Rescuers Down Under.â

Called the Black Sheep of Disneyâs Renaissance era, the one bomb of the decade was very much deserving of the title, because the whole idea was a bad one from the start. It was the very first Disney sequel, making Disney realize the wonders of straight-to-video movies. Basically, the whole thing wasnât worth it other than Disney learning from their mistake.

This really is probably Disneyâs worst movie in that itâs not really anything. I just watched it less than an hour ago and Iâve already …

No posts have been made on this movie yet. Be the first to start talking about The Rescuers Down Under!