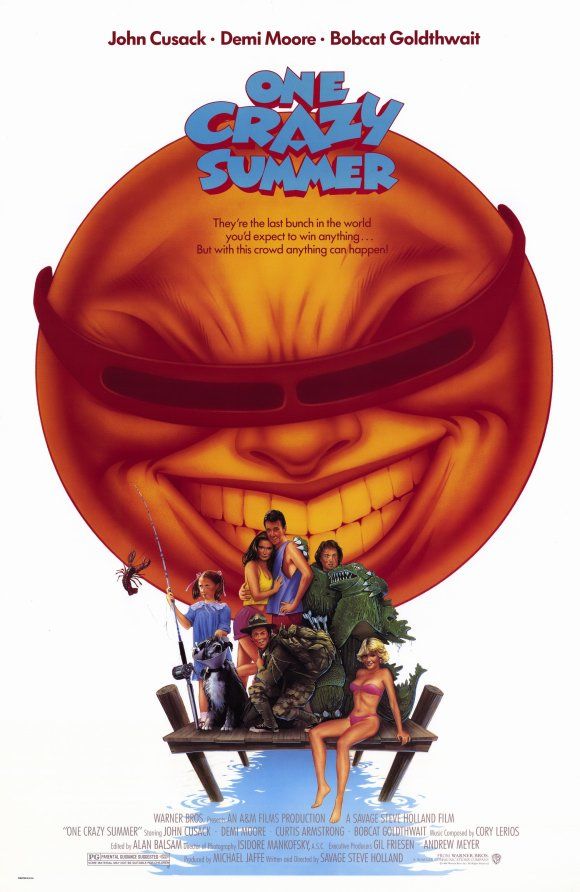 Plot: Hoops is a down on his luck tender-hearted guy who dreams of being a basketball star. Things aren't looking so well for him so when his buddy George invites him to a vacation out to Nantucket, he feels it'll be a time to get away. On the way they pick up an guitarist named Cassandra who has her own reasons for getting away. Once they get there they hook up with Ack Ack & the Stork twins who aren't really twins, and run into trouble with the Beckersteads, who want to take Cassandra's grandfather's house. So in the end it is a boat race that will decide who wins the money that will buy the house. Will Hoops find love? Will Cassandra succeed? Will Ack Ack ever gain his Father's approval? And most importantly, will Uncle Frank finally win the Million Dollar prize?

A very quirky, off-beat comedy, but one I have always liked (maybe it's all those cute bunny drawings that end up full of gruesome violence). Not the greatest comedy ever, but it always puts a smile on my face.

Movies of 1986 by Stoney McStonerson

No posts have been made on this movie yet. Be the first to start talking about One Crazy Summer!