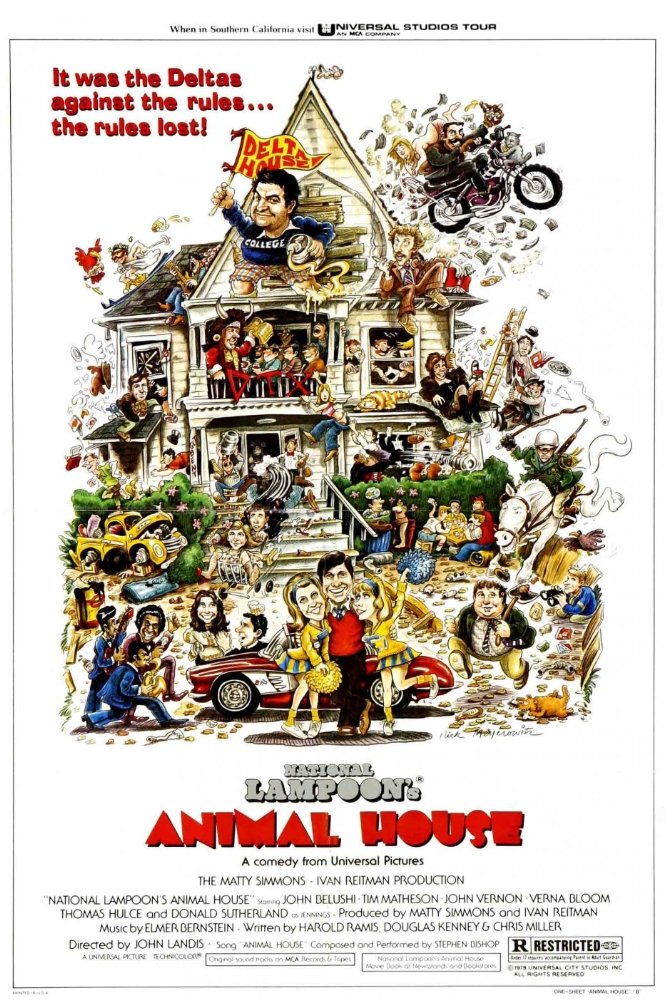 Plot: It's the lowbrow "animal" Delta House versus the uptight Dean Wormer as their increasingly lewd and crude behavior threaten to get their beloved fraternity shut down. You know what we are gonna do? Toga party.

Being iconic and being a timeless comedy classic are two separate things. "Animal House" is funny, but it's very dated and only average at best.

Hilarious and fun. This movie is a classic film that set the standard for college films.

Animal House wrote the book on college movies. It's a nonstop energetic romp that features solid one-liners, some memorable characters (particularly John Belushi's Bluto), and madcap action. The film's frenetic and wild pacing mirrors its plot and keeps the film from ever dragging or becoming boring.

No posts have been made on this movie yet. Be the first to start talking about National Lampoon's Animal House!