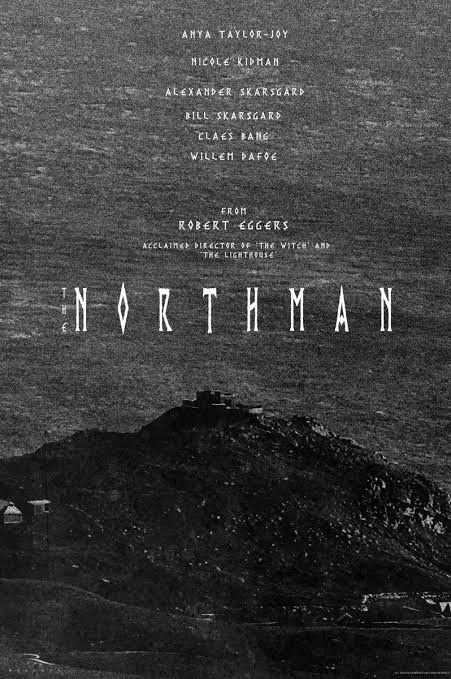 Plot: A Viking prince will push himself to the edge - and beyond - in order to avenge the death of his father. -- Chris Kavan

Definately my favourite Eggers film to date. Violent stylish and gritty. Great cast (which the director i must admit always does have). Beautifully shot, dark but not so dark you cant see. Its a brutal film. One i will surly revisit more than once in the future.

Brutal and gritty historical epic that audiences almost never get anymore. Alexander Skarsgard is in strong form as an exiled Viking prince that plots revenge against his father's killer and hacks his way through anyone trying to stop him. The uncompromising and harsh world that once existed is recreated thanks to Robert Eggers' direction.

Savage, authentic, horrifying and just plain awesome Viking movie, which is a brilliant combination of the excellent TV show the Vikings, Conan the Barbarian and Braveheart with a Shakespearean plot. Stunning visuals. Nicole Kidman steals the movie acting wise. One of the best movies of all time.

May the Norse Be With You

If this is what happens when you give Robert Eggers more money then give this man ALL the money (and let him run wild). Eggers had previously given us The Witch and The Lighthouse - both visually-stunning and character-driven films and The Northman is the same on a much bigger scale.

The story is based on the Scandinavian legend Amleth which in turn was partly the inspiration behind William Shakespeare's Hamlet. The journey of Amleth (Alexander SkarsgÃ¥rd) begins with a young boy (Oscar Novak) witnessing the death of his father, King Aurvandil War-Raven (Ethan Hawke) at the hands of his bastard brother FjÃ¶lnir The Brotherless (Claes Bang). As this happens shortly after a drug-fueled coming-of-age ceremony presided over by Heimir The Fool (Willem Dafoe) - it also inspires a life-long …

A video review of The Northman: