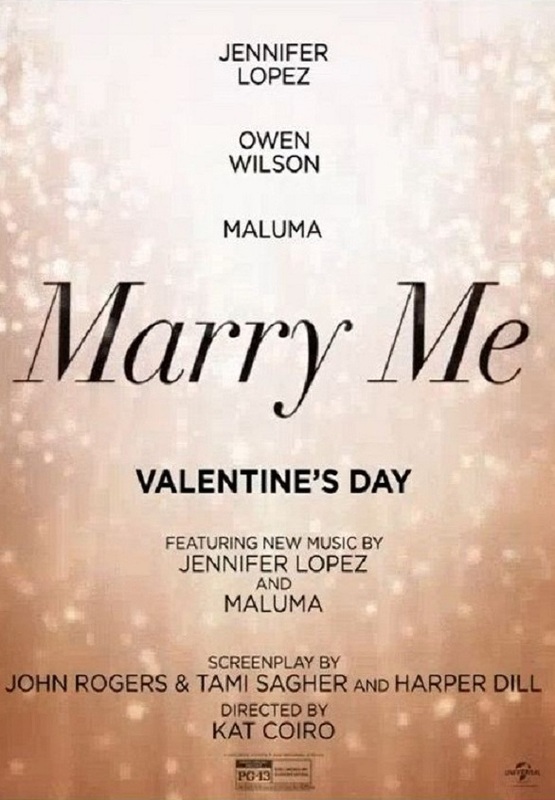 Plot: Kat Valdez is one half of celebrity power couple along with music superstar Bastian. Their hit single "Marry Me" has been climbing the charts and the two are about to web in a very public, live-streamed ceremony. Meanwhile, Charlie Gilbert, a divorced math teacher, finds himself in the crowd thanks to his daughter, Lou and best friend Parker. When Kat learns Bastian has been unfaithful just moments before their vows, she finds her world turned upside down and in a moment of pure emotion decides to marry a stranger from the crowd instead - and picks Charlie. An improbable, impulsive decision somehow leads to a budding romance - but soon enough, outside powers threaten to pull them apart. -- Chris Kavan

Just when you thought romcom movies were dead, where the male/female lead comes out of a deep depression after a messy break-up and rushes against time to reunite with the partner and tell them how they feel because they were meant to be together... 'Marry Me' says, "yeah, we're still here."

No posts have been made on this movie yet. Be the first to start talking about Marry Me!