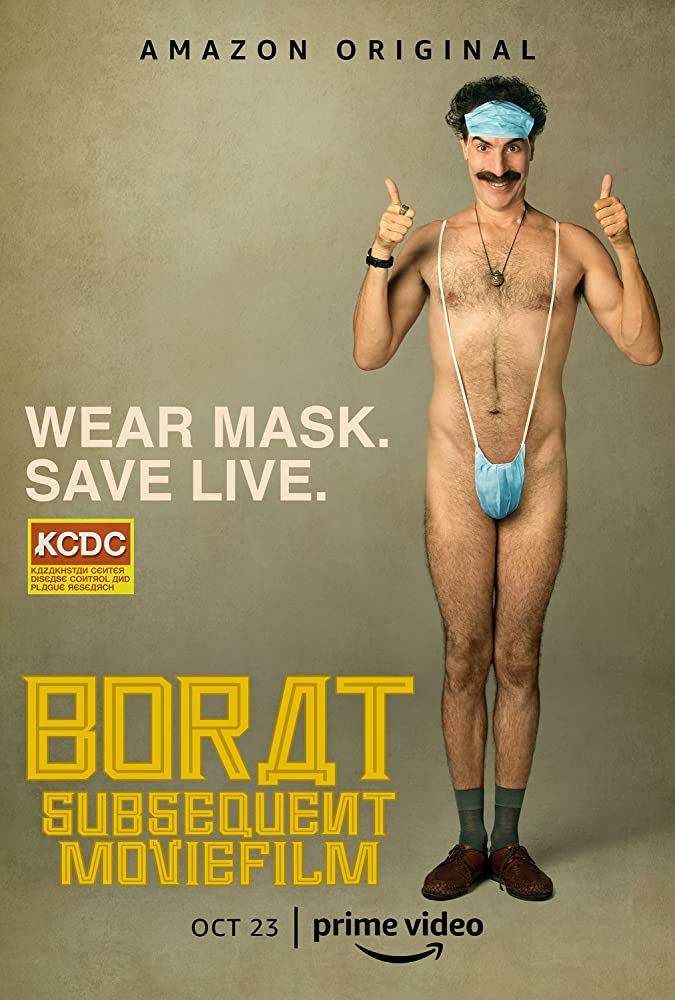 Plot: After great success with Borat: Cultural Learnings of America for Make Benefit Glorious Nation of Kazakhstan, Kazakh television journalist Borat, now very popular, tries to blend in with common America while continuing to skewer those who are still unaware. -- Chris Kavan

Less authentic but just as unapologetic as the original, "Borat Subsequent Moviefilm" is a "very nice" sequel that critiques some of the country's less than reputable people and topics.

So what if the schtick isn't as fresh - and if some of the subjects are already in on the joke. The film still manages to entertain thanks to a standout performance not just from Sacha Baron Cohen, but moreso from Maria Bakalova playing his daughter. And it's nice to see Pence and Giuliani in the situations they find themselves in and a bit scary to see how easy gun-toting people attending a rally pick up a racist chant. This is a film that is certainly of our time - for better and worse.

No posts have been made on this movie yet. Be the first to start talking about Borat Subsequent Moviefilm!