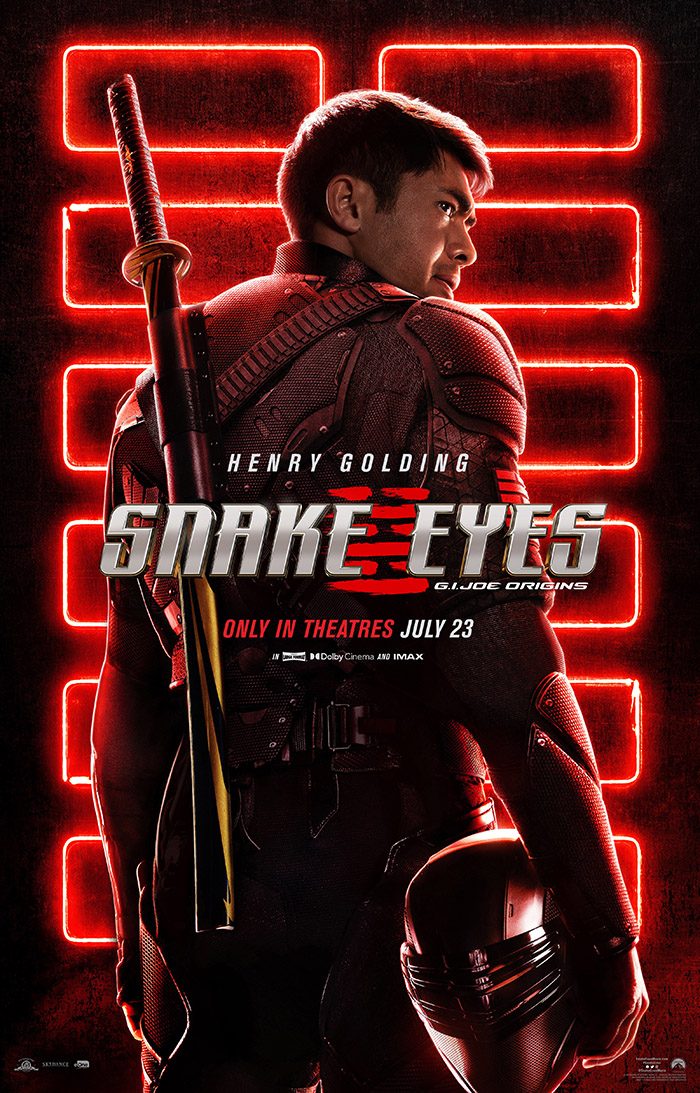 Plot: Saving the life of a friend, a man known only as Snake Eyes is taken in by the secretive and highly skilled Clan Arashikage, where he learns his friend "Tommy" is a skilled member. But even as Snake Eyes learns their ways, a shadow looms in the form of Cobra, which seeks to corrupt the clan for their own gains even as the opposite end, the G.I. Joes forms their own band of heroes. -- Chris Kavan

The brotherly dynamic between star Henry Golding and second-billed Andrew Koji makes a routine martial arts flick more interesting than it should be. The familiar stuff with G.I. Joe is somewhat present. Cobra is a secondary antagonist with femme fatale The Baroness making an appearance. And Scarlett even shows up played by Samara Weaving. But all that takes a backseat to a revenge story with Snake Eyes (Golding) seeking the man who killed his father. Yeah it is one of those stories. The action is hit-or-miss. A couple fights look alright but there is a lot of shakey-cam. There's a car chase at the end that was alright. Wasn't expecting the giant anacondas.

No posts have been made on this movie yet. Be the first to start talking about Snake Eyes!