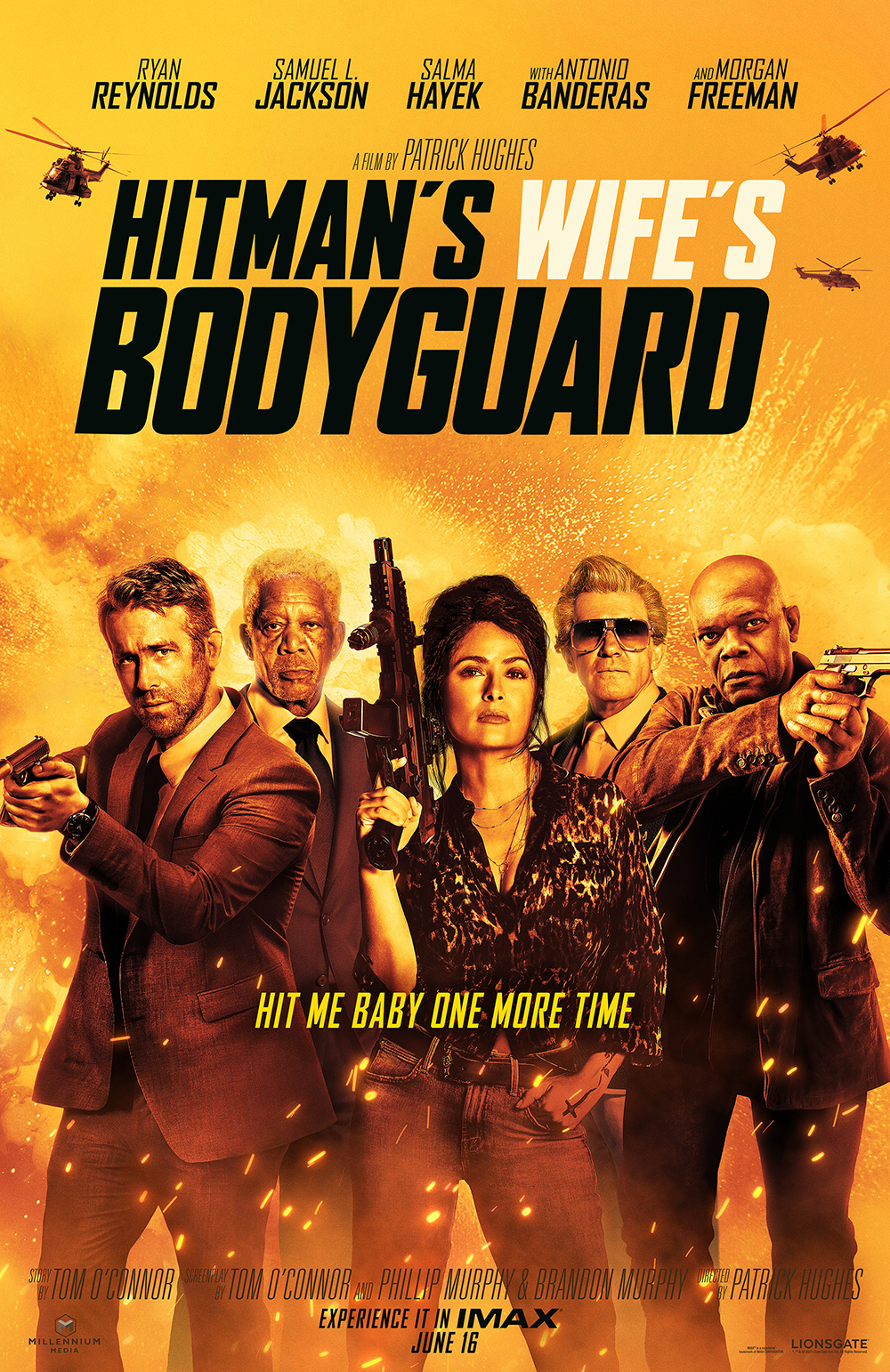 Plot: It's an even more volatile match when bodyguard Michael Bryce doesn't just have to take care of hitman Darius Kincaid but also his world-famous con artist wife, Sonia. But the trio will have plenty on their hands when they face off against a power-hungry madman that could spell doom for Europe. -- Chris Kavan

Overly noisy and cartoonishly violent followup to the original action-comedy that somehow became a big hit. Salma Hayek is front and center this time;she was one of the first movie's few bright spots. There's really not much of a plot if at all. It's just Ryan Reynolds, Samuel L. Jackson, and Hayek traversing across Europe and wrecking stuff. That could be fun but it instead feels forced.

The Hitman's Wife's Bodyguard, (yep it got a sequel), is the type of action comedy where itâs nasty in violence and crude in script, so it depends on whatever or not you feel uncomfortable by it.

The action scenes are quick cuts and nothing special.

The biggest take away I got from this is how bad I felt for Ryan Reynolds character Michael Bryce. Never have I seen a character in a comedy go through so much trauma, pain, neglect, and humiliation. There came a point in the movie where the character is covered in someone else's blood, but he just leaves it on him for a while, not really reacting to it because I guess heâs already lost his insanity.

On the bright side of things, there were three jokes that I thought were funny. 1.) Thereâs a jump scare where Salema Hayek …

My Worst Films of 2021 by Indyfreak

No posts have been made on this movie yet. Be the first to start talking about The Hitman's Wife's Bodyguard!