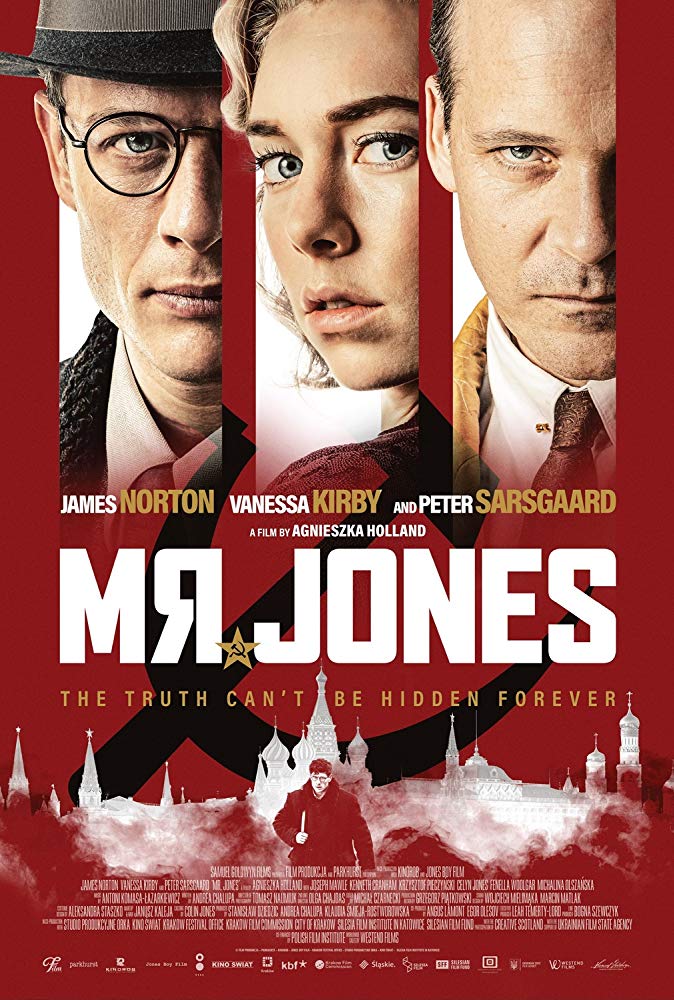 In this gripping period drama, viewers are introduced to Welsh journalist Gareth Jones (Norton) who is eager to interview Josef Stalin. Instead, he uncovered evidence that the Soviet Union engineered man-made famines against its own people. He faces opposition from a rival pro-Soviet reporter (Sarsgaard) and disbelief from the public, including some of his fellow Brits.
The movie shifts back and forth from an actor portraying George Orwell as he types Animal Farm. A bit on the nose perhaps given the movie shows the horrific conditions that Jones witnessed. There's a romance thrown into the story that really isn't necessary.
James Norton is good in the lead. There's an ironclad integrity conveyed in his performance that is to be admired. On the flip side, Peter Sarsgaard is …

No posts have been made on this movie yet. Be the first to start talking about Mr. Jones!