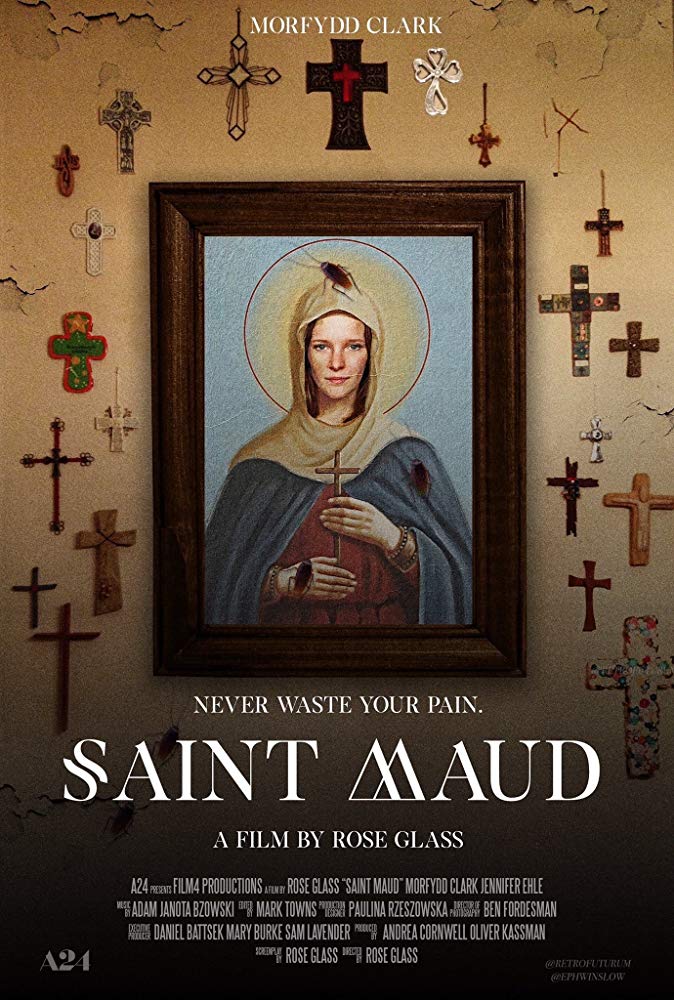 The type of movie that one would have associated with Roman Polanski, way back before that name became synonymous with sexual assault. "Saint Maud" is a discomforting descent into the psyche of a well-meaning but disillusioned soul.

Last movie I watched in cinemas before it closed again. Bloody corona! Anywhere...

âSaint Maudâ is a new horror movie from A24 that was unfortunately advertise as something else.

New horror film
A24
Praised by critics
Hated by audiences

I think we all know the routine by now. I am aware that film is subjective, am just pointing out a familiar pattern.

While I wouldnât say I was scared by Saint Maud, but it really did unnerve me to the point it felt kind of overwhelming. It builds up on the sinking dread rather than the next scare. So donât just write this off as a simple horror movie, because itâs so much more than that. You could easily view this whole movie as a character study on Maud, the loneliness girl in the world. The fact that this …

No posts have been made on this movie yet. Be the first to start talking about Saint Maud!