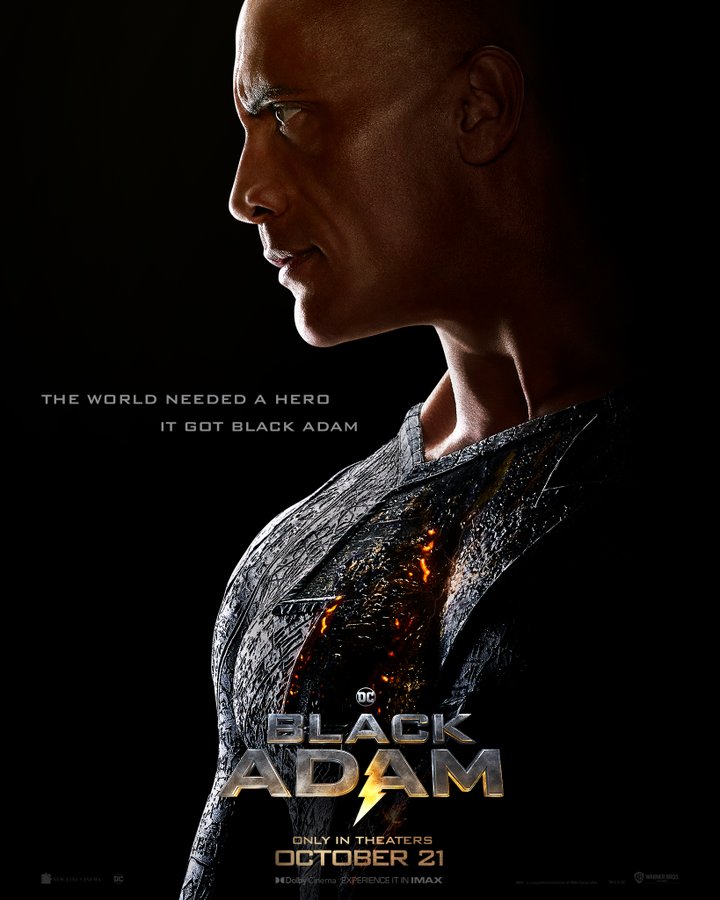 Plot: After 5000, a slave bestowed with the power of the gods is finally freed and Black Adam vows to bow to no one ever again. In present day, he will have to decide whether his path will lead to the world's salvation or destruction. -- Chris Kavan

Might be the first time that I have fallen asleep watching a superhero movie. Dwayne Johnson is the most wooden and one-note he's ever been. I don't see the character, only the Rock. The editing is on the same level as Bohemian Rhapsody; it's so bad. Dr. Fate was cool though.

A script revision wouldn't have hurt, but "Black Adam" shakes up the superhero formula enough to trump its busy story and overcrowded cast.

As of this writing, the DCEU is at a crossroads. Recent events include the entire scrapping of Batgirl - a film that by all accounts was finished, arguably to save Warner Bros. some cash. It also includes a messy trail between Aquaman co-star Amber Heard and Johnny Depp as well as the bizarre behavior of Flash star Ezra Miller. Black Adam is not going to save this super hero franchise - but at least it keeps it trending in the right direction. Hopefully with the recent announcement that James Gunn and Peter Safran are taking over the future direction of the entire mess means we can look forward to more than just Henry Cavill putting his cape back on.

That aside, Black Adam is Dwayne Johnson's hero passion product - one he has been touting, teasing and planning for years. Whereas most …

No posts have been made on this movie yet. Be the first to start talking about Black Adam!