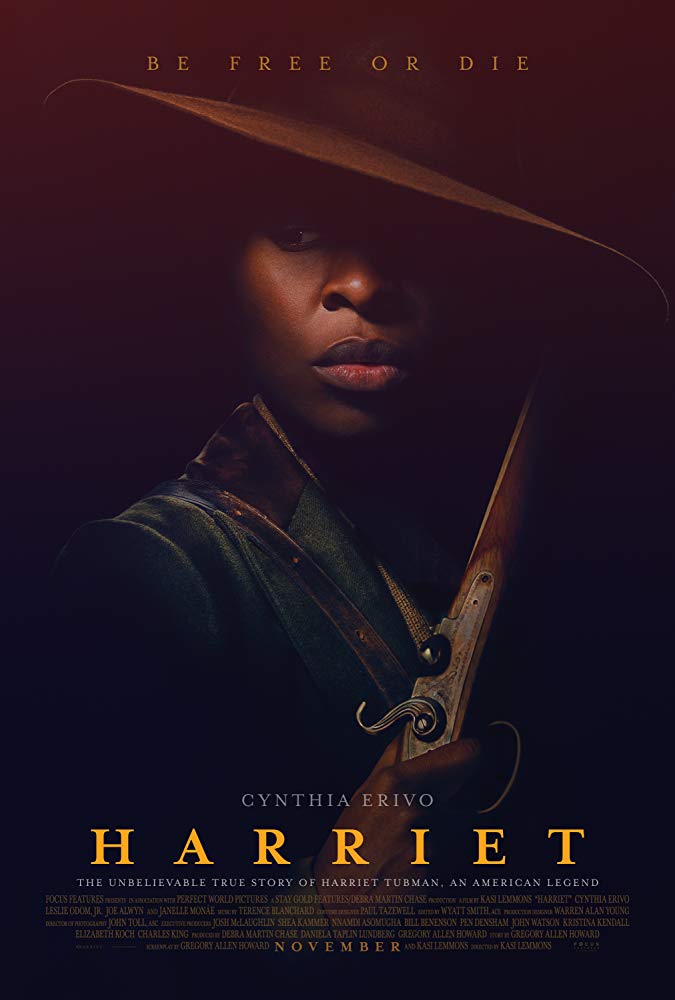 Plot: Based on the true story of freedom fighter Harriet Tubman going from escaped slave to a major leader of the Underground Railroad, helping free dozens of slaves as the Civil War threatens to break out in America. -- Chris Kavan

Cynthia Erivo not only acts but sings as Harriet Tubman. And itâs not a musical. Itâs a weird choice but itâs at least memorable. I regret to report that HARRIET is a disappointing biopic. The story is very paint-by-numbers. Itâs a shame because I was looking forward to seeing this. The pacing is off, the first act is very slow. We see a great deal of Tubmanâs early life but race through the most famous and most interesting aspects of her life. Thereâs this feud she has with her original owners which never becomes engaging. If thereâs anything commendable about it, the acting isnât terrible and Erivoâs got the chops to be a leading lady. Itâs not incompetent but feels too safe after movies like 12 Years a Slave.

Harriet Tubman is a historical figures who has been owed a biopic for some time now. Sadly, she's had her important life legacy as a savior and freedom fighter caked over with Oscar-bait mundaneness.

No posts have been made on this movie yet. Be the first to start talking about Harriet!