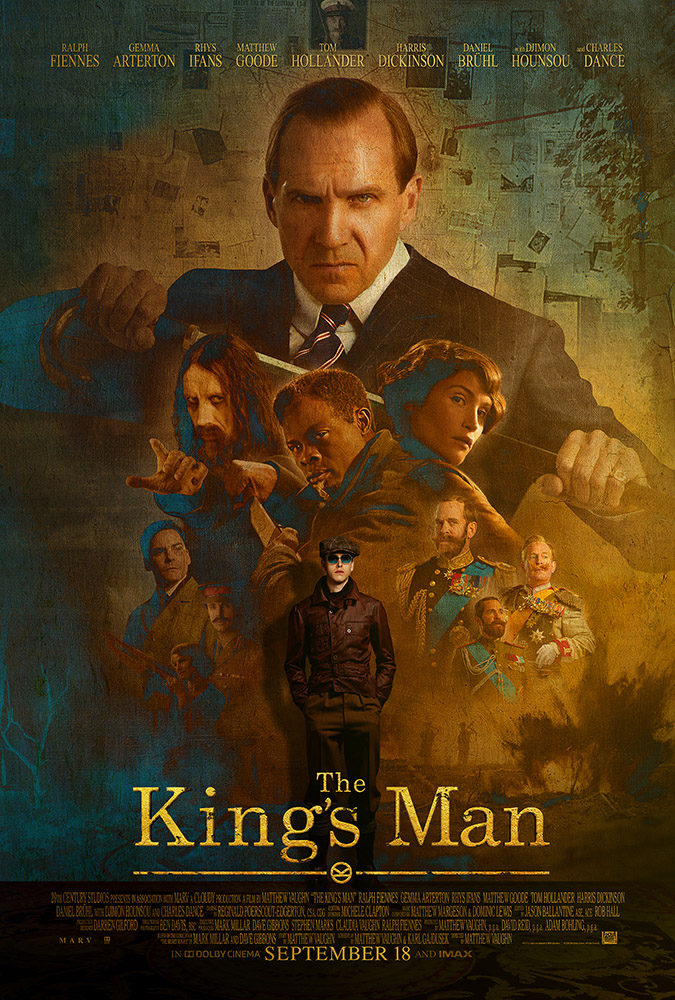 Plot: The world stands on the brink of annihilation as history's greatest tyrants and criminal masterminds plot a war that will destroy millions. One man races against time to stop them - and, along the way, will set the stage for the creation of the world's most important secret intelligence agency. -- Chris Kavan

It shouldn't surprise you that "The King's Man" isn't the new best in the franchise, but you might very well be startled by this prequel's more dramatic and restrained tone with less gratuitous violence and more thoughtful commentary on violence.

Well it's better than Golden Circle at least

The third installment in the spy-action series is actually a prequel set in WW1. There is actually a heavy emphasis on the historical setting and many historical figures play a role in the plot. Which is both interesting and a problem with the film.
It shifts back and forth from a pulpy action-adventure to a harrowing war drama. It does not always mesh together well. Matthew Vaughn seems to be directing two different movies.
The action scenes are good though. The highlight is a a dance/duel between our heroes and the mad Russian monk Rasputin himself. Rasputin is played by Rhys Ifans and he's having a ball. Ralph Fiennes is actually quite good in this and handles himself well in the fight scenes.
There's a fun hundred minute action movie that is stretched into 130 minutes really for …

A King's Man Gets More Serious

Can the Kingsman series grow up? The first two entries in the series: Kingsman: The Secret Service and Kingsman: The Golden Circle were both action-heavy but also had plenty of tongue-in-cheek humor across the board. Surprisingly, The King's Man takes a more serious tone, which may lead some people to be disappointed but, overall, makes for a much more impactful film - that still delivers plenty of action.

The King's Man stands out for incorporating historical figures and events into its narrative. Ralph Fiennes plays Orlando Oxford, duke and, after an opening-scene tragedy, a man who desires peace - and protecting his son, Conrad (Harris Dickinson) above all else. He has a close friendship with military man Kitchener (Charles Dance) - based on a real-life figure and watches as the …

My review of The King's Man: