Ready or Not Movie Information 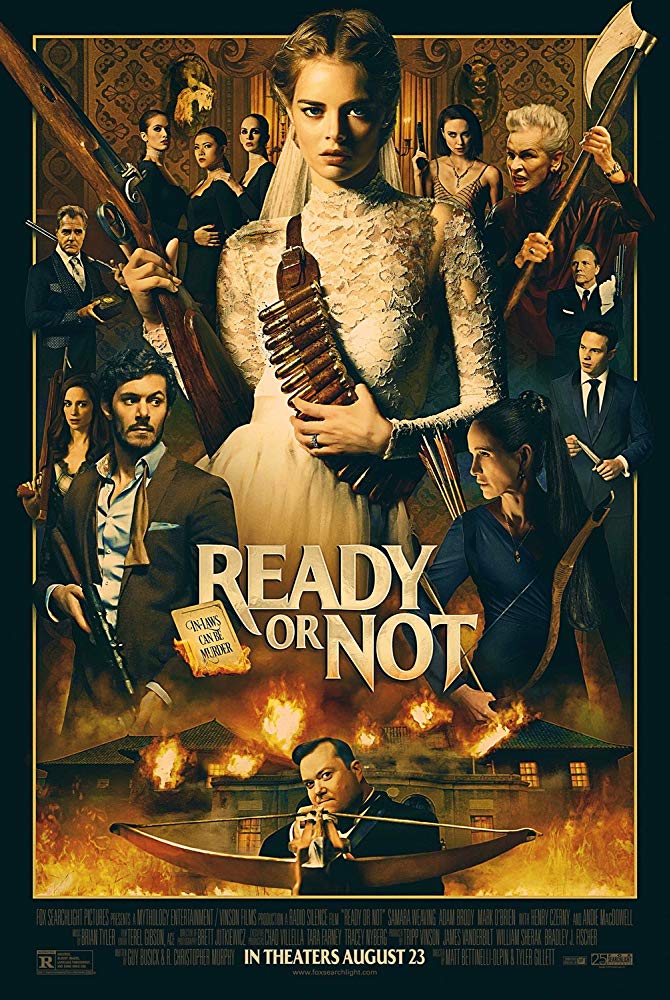 Plot: Grace has just married Alex - who is part of the rich, eccentric Le Domas family. When Grace is introduced to a time-honored family tradition - she is more than happy to play along, but the game soon takes a sinister turn and it turns out the real prize is going to be survival. -- Chris Kavan

I mean, I know in-laws can be a bit annoying - but most of them don't try to kill you. Ready or Not is a fun, smart, bloody good time - and casting Samara Weaving as the new bride/sacrifice was a great choice. Likewise, the supporting cast all look like they're having a ball with Elyse Levesque being my favorite as she keeps accidentally taking out the help throughout the film. All in all, a great morbid comedy.

A wickedly demented and funny horror comedy. Samara Weaving carries herself very well as the new bride invited to a honeymoon from hell. Itâs pretty much The Most Dangerous Game meets The Parents.

This gothic horror/comedy was a fun trip.

So, at midnight you have to play a game.
Itâs just something we do when someone new joins the family.

I have to revise my opinion about the horror/comedy cross-over urgently after seeing âMonster Partyâ and âThe dead donât dieâ this year. âReady or notâ is yet another film that pleasantly surprised me. Really. I had a great time watching this movie. And not only because the lead actress Samara Weaving looks appetizing, but also because of the entertaining content. I appreciated the morbid black humor as well. Itâs not such absurd humor as in âThe dead donât dieâ. But the slapstick-like events that were used in it, resulted in a spontaneous chuckle sometimes. There were also quite a few bloody scenes in it. In short, it was fun watching this horror …

No posts have been made on this movie yet. Be the first to start talking about Ready or Not!