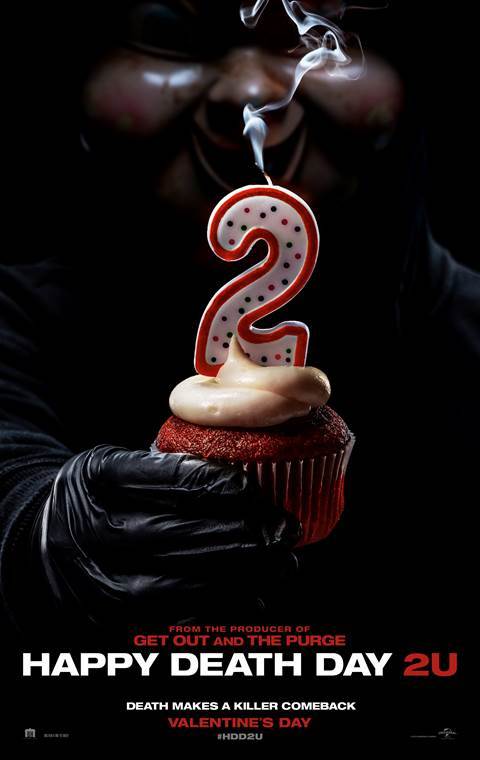 Plot: Tree Gelbman thought she finally broke the curse after figuring out her roommate, Lori, was responsible for her myriad deaths... but two years after surviving, she returns to the original time-loop and this time it's not just her life that's on the line. She will have to figure out why she is back, what is responsible for the loop and try to save all those she has come to know and love... and it will involve dying for he cause again and again. -- Chris Kavan

Happy birthday to me! 21 years old, I'm a meme now. Anywhere, What started off as a simple 'Groundhog Day' concept in the first movie, now has turned into a multiverse of madness. With it being a sequel, it goes bolder and more crazy than the first, which I had an absolute blast watching. Not a great movie by any means, but a guilty pleasure of mine. I'm actually interested in seeing the third if it gets made. Also, there's something about Jessica Rothe that I really like. I can't really explain it.

I can see why this didn't do as well as the original in theaters. The first was a simple premise (Groundhog Day - but horror!) and this sequel just needlessly complicates things while simultaneously retreads the exact same ground. Not half as smart as it wants to be and nowhere near as fun.

The original wasn't perfect, but it delivered on its premise without feeling as overwrought and unnecessary as this film does.

No posts have been made on this movie yet. Be the first to start talking about Happy Death Day 2U!