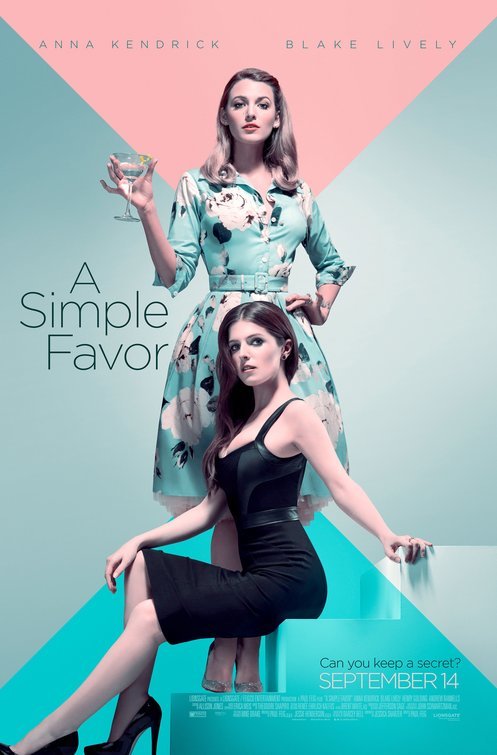 Plot: A mother and budding vlogger, Stephanie finds herself in the middle of an intriguing and dangerous mystery when she attempts to figure out what happened to her friend, Emily, who suddenly goes missing from their small town. -- Chris Kavan

A Simple Plan" is a chick-flick that successfully crosses into "Gone Girl" territory.

Paul Feig demonstrates a flair for mixing black comedy and Hitchcockian suspense in this clever and delightfully twisted mystery film. It's elevated by two great performances by Blake Lively and Anna Kendrick.

This is a surprise! Watching this film is like riding a roller coaster. It's a perfect combination of thrill and fun. Who would have thought that a Blake lively-Anna Kendrick duo could make the most out of comedy-mystery film? I loved it so much that I'll use it as my reference in film school as an effective combination of comedy and crime genres. Good watch!!!

If It Was Simple, It Wouldn't Be So Much Fun

I think Paul Feig should lay off the comedy for awhile and make more films like this. While A Simple Favor has some humorous moments, it is more of a mystery with plenty of twists and some dark moments thrown into the mix. Plus, the trifecta of Anna Kendrick, Blake Lively and Henry Golding makes for a smart, entertaining combination.

The film starts off innocently enough, with Kendrick playing Stephanie Smothers, a single mother who vlogs her life following the death of her husband and brother. She is the picture-perfect mother, volunteering and just oh-so-nice, with her son, Miles (Joshua Satine) highly polished, but a bit overprotected. Things take s sudden turn when Miles makes friends with Nicky Nelson (Ian Ho) son of Emily (Blake Lively) whose hectic life has her working as a …

No posts have been made on this movie yet. Be the first to start talking about A Simple Favor!