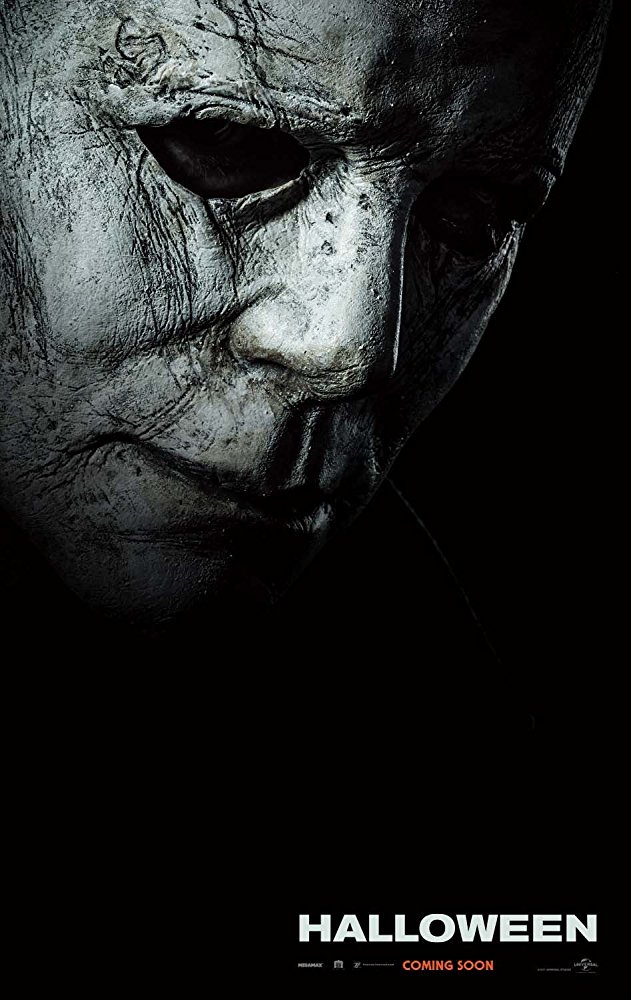 Plot: Forty years have passed since Michael Myers attempted to murder Laurie Strode. Laurie has spent that time preparing for his return, and will do anything to stop him once and for all. The opportunity arises when Myers escapes from a crashed asylum bus - and both have unfinished business. -- Chris Kavan

I love that the film ignores every other sequel and reboot and is a direct sequel to John Carpenter's superior original Halloween. The Shape in this film isn't related to Jamie Lee Curtis' character, and he has no hidden agenda, no childhood trauma, he is just pure evil - and kills with casual vengeance, determined and quick with victims chosen both at random and very calculated. Plus, the showdown at the end is worth it - and maybe, just maybe, we'll have more to come.

The resurrecting jack-o'-lantern in its title sequence says it all. The "Halloween" franchise is back with a vengeance, as well as a few new surprises.

This latest reboot of a worn out horror franchise admirably emulates the style of the original classic slasher. Unfortunately, this puts the script in a corner that seems afraid to try new fresh ideas. The first act is actually quite good. It is suspenseful and well paced. The acting is good. Jamie Lee Curtis is giving it her all as a woman both tough-as-nails and terrified out of her wits. Then halfway through, the movie retreads familiar territory. Teens getting bumped off; the townspeople up in arms; a final battle to the death. You've seen this before. It's perhaps more effective than other installments of the series but you are left w/o a doubt of how it will end. Kudos to David Gordon Green and Danny McBride of all people for trying.

It's old skool, predictable but worth a watch.

Heâs no longer dormant.
He only knows how to keep moving and to keep killing.
And he will kill again unless heâs captured.

Exactly 40 years ago the film âHalloweenâ, directed by John Carpenter, was released. A milestone in the slasher genre. It was in this film that Laurie Strode (a very young Jamie Lee Curtis) escaped from the psychopath Michael Myers in the nick of time. And so the legend about Myers arose. And now, 40 years later, the follow-up appears. To my surprise, this is already the 11th movie in the âHalloweenâ universe. No idea what happened in the other episodes, because I never bothered to watch them. And even though I feared this would simply be a continuation of the same concept (and it sure is) and that I would have a âhavenât-I-seen-this-beforeâ …

Forget Jigsaw and Paranormal Activity, because The Shape is back and heâs taking back Halloween.

At first I wasnât sure what to expect when hearing rumors of a remake or reboot of this worn out franchise, which shouldâve stopped in 1978. Heck, even when this was announced, I rolled my eyes. However, my interest peaked when Jamie Lee Curtis would be reprising the role as Laurie Strode and Nick Castle as Michael Myers. The new creators made it clear this is a continuation of the original, not a reboot. Plus John Carpenter returning to composer new music for the film. Everything was set and this quickly became my most anticipated movie of fall. And the results are quite interesting.

My Halloween Movie Rankings by The WHB

No posts have been made on this movie yet. Be the first to start talking about Halloween!