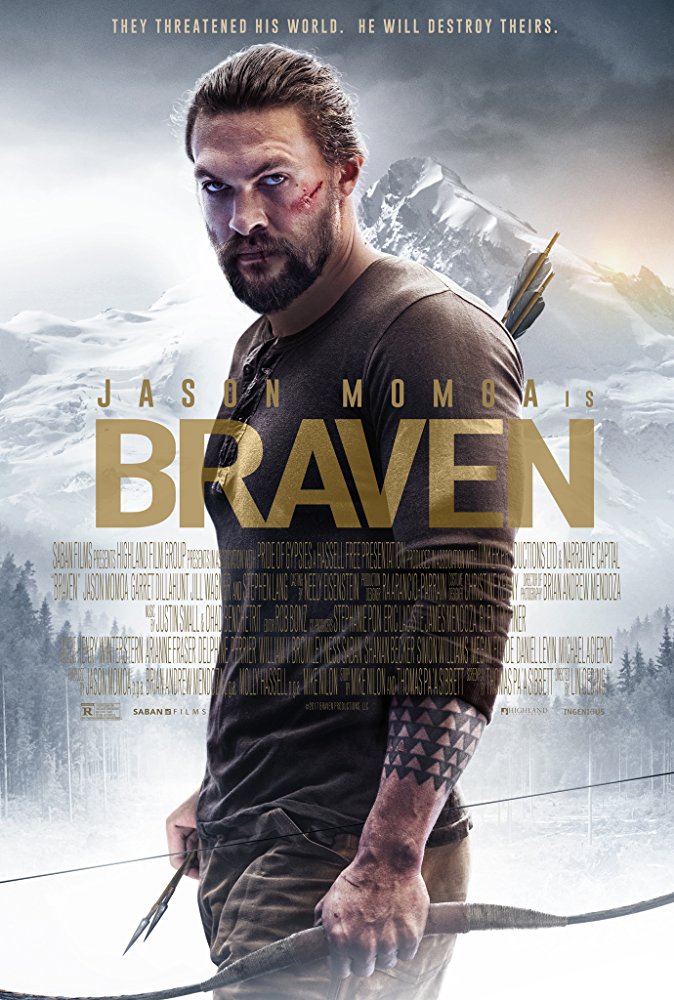 Action packed little thriller starring Jason Momoa as a logger whose family is besieged by ruthless drug traffickers, forcing Momoa and his dad (Lang) to fight back. It's cool to see Jason Momoa display some range as a family man turned action hero. The fight scenes are exciting and Dillahunt is an intimidating villain. The mountain scenery is stunning. Downsides include a slow start before the action kicks up and the ending is fairly abrupt.

âYou know if you give the other half,
weâre as good as dead.â

Iâve read an article somewhere titled: â10 Reasons why you should watch Bravenâ. I agreed with a few points. You could say the movie is a retrospective of action films from the 90s. But there are reasons enough to simply skip this mediocre action film (for you to discover these reasons while reading). Itâs not because Jason Momoa became known to the wider public as âAquamanâ that you can call this film successful. Personally, I thought he was superb in âThe Bad Batchâ. And even in the ridiculously bad movie âWolvesâ he was the one who impressed me the most. Most probably because of his impressive muscles and those special colored eyes. But even those hypnotic eyes canât really improve a …

No posts have been made on this movie yet. Be the first to start talking about Braven!