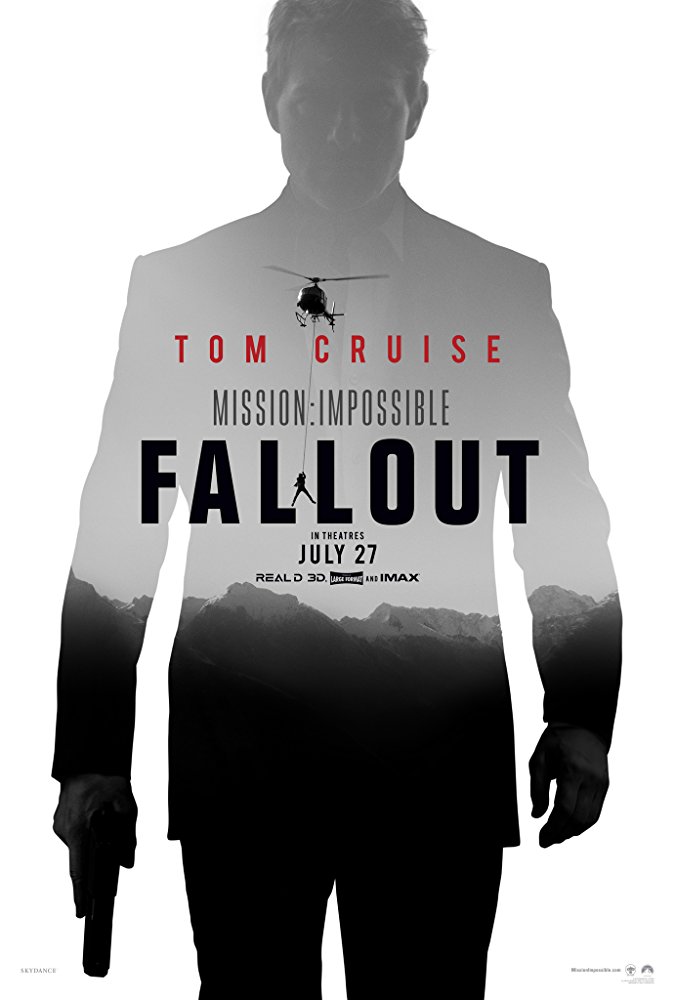 Plot: Ethan Hunt and his IMF team once again find themselves racing against the clock after a botched mission puts all their lives, as well as the fate of the world, in danger. -- Chris Kavan

The "M:I" franchise lives on as one of the best action franchises ever and "Fallout" marks the pinnacle of the series. (For now, anyway.)

Writer/director Christopher McQuarrie has crafted what is arguably one of the best action films of all time, certainly the very best since 2015's Mad Max: Fury Road, with Mission: Impossible - Fallout. It's a suspenseful, wholly engaging story brilliantly told, with a great performance by Tom Cruise and cast, and spectacularly staged and executed action sequences. This is action filmmaking at its best -- I cannot imagine a future Mission: Impossible film one-upping what McQuarrie has delivered in Fallout.

As improbable as it seems, the Mission:Impossible series has gotten better with age. Fallout can be considered the first true "sequel" (as it features the same villain and female lead as the previous film) and it actually works in the film's favor. The action has never been bolder, the stakes have never been higher and the actors have truly acclimated to their roles - and the new arrivals fit right in as well. All told, you couldn't ask for much more in an action series and as far as I'm concerned the skies the limit.

Fallout picks up several years after the events of Rogue Nation. Agent-turned-rogue Solomon Lane (Sean Harris) - our returning villain - has been locked away, with several nations looking to take a crack as getting information out of him. But that doesn't mean his …

âYour mission, should you *choose* to accept it." I wonder, did you ever choose not to? The end you've always feared is coming.â

You know, I normally stay cool and collective when movies with this amount of hype blows up, but f**k it. This freaking lived up to the hype. I mean, wow. Probably one of the best action movies of the year. From start till finish, youâre captivated by the practicality of these action sequences. Never feeling repetitive or boring. Foot chase, car chase, or helicopter chase - Itâs going to be awhile for any action movie to top what they did.

First Things First, the action scenes - where do I begin? Or which scene to talk about. Oh yeah, THE BATHROOM SCENE! Holy sh*t, talk about a white-knuckled hand …

No posts have been made on this movie yet. Be the first to start talking about Mission: Impossible - Fallout!