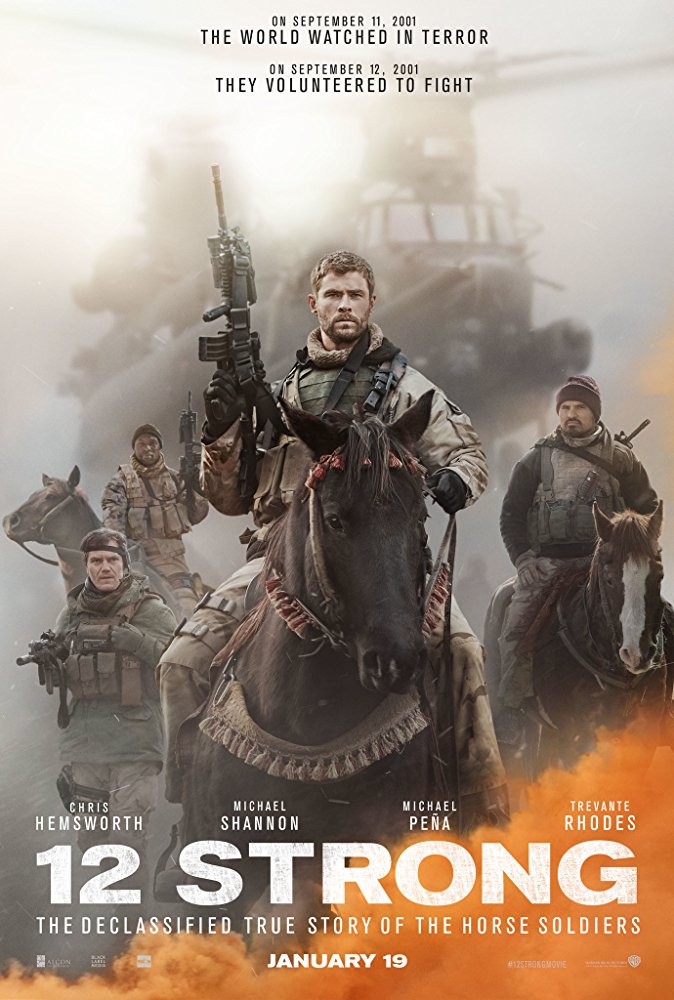 Plot: Follows the story of the first special forces group deployed to Afghanistan after 9/11, including dealing with a new captain as well as joining forces with a local warlord in order to take down the Taliban. -- Chris Kavan

Although nothing more than a traditionally shallow war pic that verges on propaganda, there's not anything remarkably bad about "12 Strong."

Good intentions, a solid cast, and some decent battle scenes make 12 STRONG adequate viewing for those that like war films.

This is Afghanistan.
Graveyard of many empires.
Today you are our friend,tomorrow you are our enemy.
It wonât be any different for you.
Soon America will become just another tribe here.
You will be cowards if you leave.
And you will be our enemies if you stay.

I only asked myself one question, after seeing â12 Strongâ. Why didnât the American authorities send 1200 of those well-trained, experienced soldiers instead of this limited group of 12? Then in one fell swoop, they could have wiped out the entire Taliban and the scum that belongs to it. Now after more than 15 years, the American troops are still there and the living conditions and the political situation hasnât improved much. I can believe that these 12 elite soldiers have made a breakthrough in the fight …

No posts have been made on this movie yet. Be the first to start talking about 12 Strong!