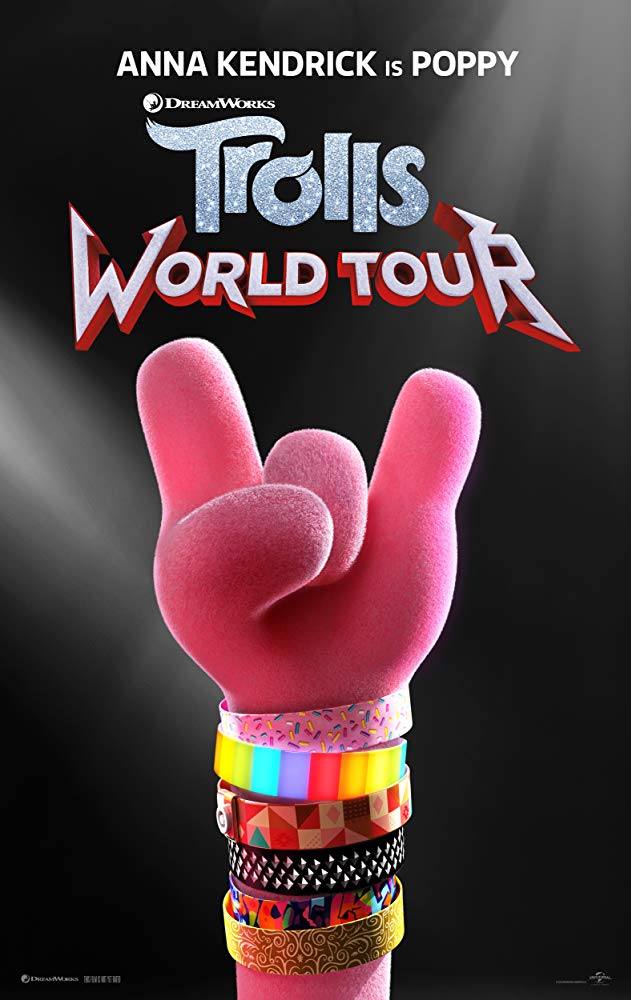 Plot: Poppy and Branch find the Trolls' world getting a whole lot bigger when they realize they are but one tribe out of six, each with a different music theme: Funk, Country, Techno, Classical, Pop and Rock. But when Queen Barb, aided by father King Thrash, decides that only rock should reign supreme - at the expense of every other type of music - Poppy and Branch must reunite the other tribes in harmony. -- Chris Kavan

I get that it was trying to say something really important but the overall narrative - its devices and execution - jus failed. There was no hook to hold on to except the music it featured. ***SPOILER ALERT*** The last song was so much anticipated that it ended up really underwhelming. No kick, no punch. It's sad to say that the film has no impact despite all the good intentions.

I can't believe this movie made history by becoming the first movie originally meant to hit cinemas, but went straight to VOD due to COVID. Crazy times indeed. The movie itself isn't anything note worthy to talk about. It's literally one big karaoke-like music video of different songs.

No posts have been made on this movie yet. Be the first to start talking about Trolls World Tour!