All the Money in the World Movie Information 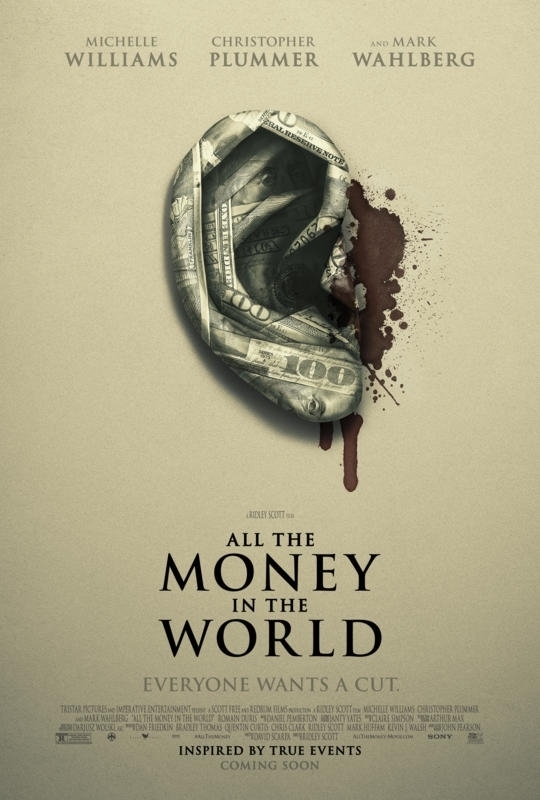 Plot: It is 1973 and J. Paul Getty is the richest man in the world - his fortune built on oil and also his notoriously miserly nature. When his grandson, Paul Getty, is kidnapped by a left-wing paramilitary organization in Italy, he cannot be swayed to part with any of his fortune to placate them. But Gail, Paul's mother, who believes in family over money, will stop at nothing to save her son. With time running out, and the kidnapper's becoming more anxious and brutal, Gail will team up with Fletcher Chace, who runs security for Getty, in order to get her son back. -- Chris Kavan

"All the Money in the World" is an exceptionally taut, tense thriller that's always moving, but never loses track of itself.

Ridley Scott's dramatic retelling of the Getty kidnapping is a suspenseful and powerfully acted mystery-thriller. It's made more impressive in light of the infamous reshoots once former lead Kevin Spacey was replaced after his horrific fall from grace. Christopher Plummer is capitalism incarnate as the uber-wealthy if arrogant oil magnate while Michelle Williams gives one of her best performances as the frightened but determined mother trying to get her son back.

No posts have been made on this movie yet. Be the first to start talking about All the Money in the World!