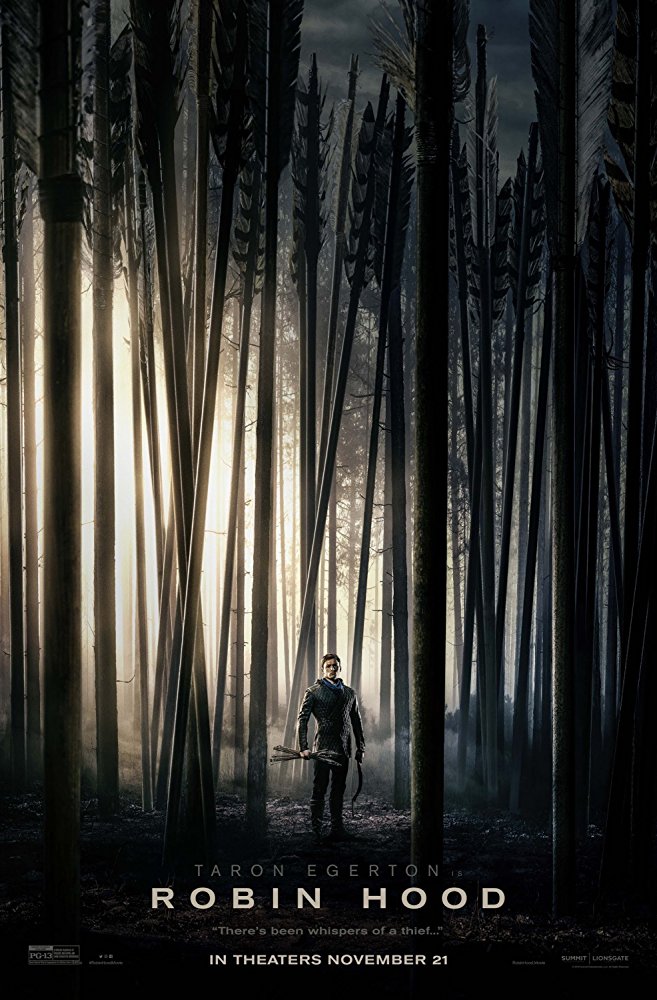 Plot: Robin of Loxley has returned home after a long tour of duty in the Crusades, with his Moorish commander. But the English home they know is now ruled by a corrupt crown and the duo plan an audacious revolt as a new Robin Hood and his group of men disrupt the system. -- Chris Kavan

Just call it Hood cuz that's his name in the film.

The latest attempt to revive the classic Hollywood swashbuckler fails to hit the bullseye. Otto Bathurst's ROBIN HOOD is not quite as awful as the horrific trainwreck that was Guy Ritchie's King Arthur: Legend of the Sword. But it's still a messy slog to get through.
The sad part is that the casting for the leads is not awful. Taron Egerton is a solid fit for the noble outlaw, displaying the cocky charm and sly wit that made him a star in the Kingsman movies. Ben Mendelsohn can play movie villains like the Sheriff of Nottingham in his sleep so it's no surprise that he's a suitable baddie. It's too bad both are hindered by a poor script which is so heavy-handed and politically charged that it gets in the way of basic filmmaking mainstays. Such as I dunno, character development and …

No posts have been made on this movie yet. Be the first to start talking about Robin Hood!