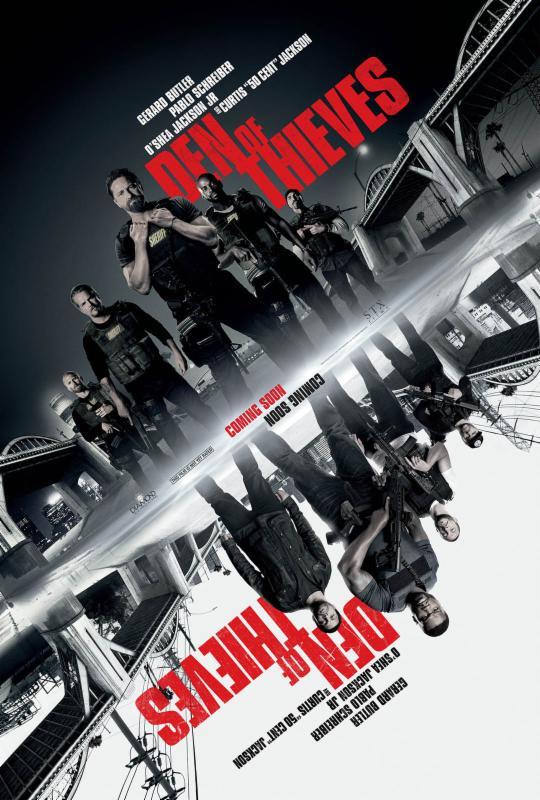 Plot: Legendary cop Nick Flanagan and his elite group are on the trail of a notorious crew of bank robbers, whose next seemingly impossible job is to take down the Federal Reserve. -- Chris Kavan

Wannabe crime saga about ex-military turned bank robbers and the conflict they have with a relentless cop (Gerard Butler). Itâs well acted and the action scenes are intense. But itâs not quite as well written as movies it aspires to join the ranks of such as The Town (2010) or Heat (1995). The underworld bits and the hard boiled dialogue feels cribbed from Michael Mann and Martin Scorsese.

No posts have been made on this movie yet. Be the first to start talking about Den of Thieves!