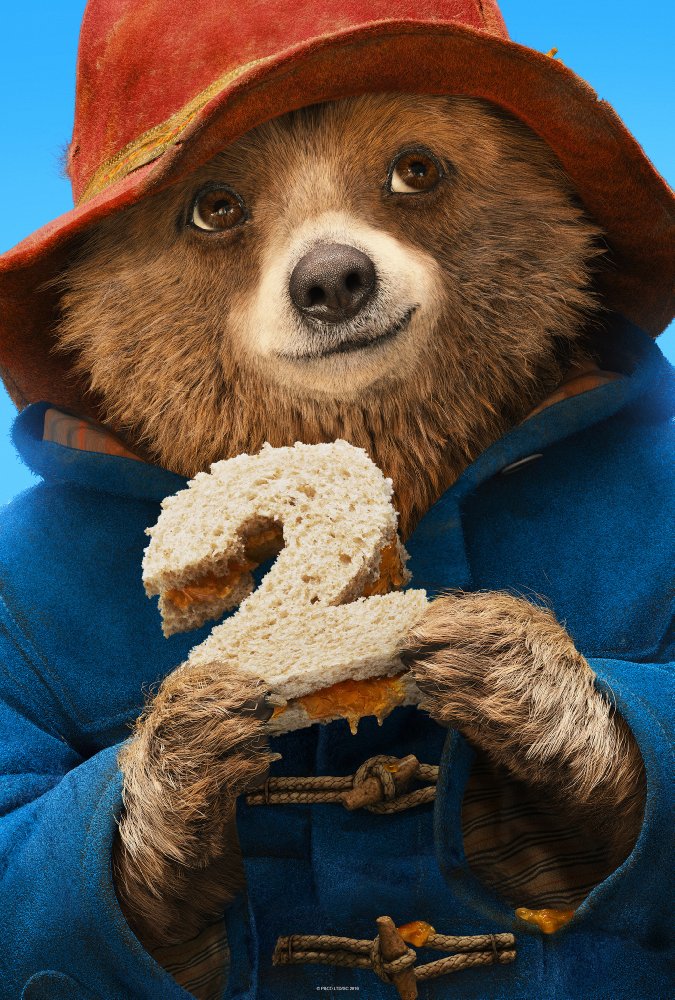 Plot: Paddington has found a happy home with the Brown family, as well as becoming a popular figure in the local community. With his Aunt Lucy's 100th birthday coming up, he finds himself picking up odd jobs in order to save away for the perfect present. Disaster strikes, however, when he finds the gift only to have it stolen away shortly after. -- Chris Kavan

The sunny "Paddington 2" is a marvelous caper that remembers to pack all the warmth and heart of the delightfully splendid original.

The quality cgi work and Ben Whishaw's voice talent help make sure that Paddington is an adorable and charming character. And the supporting cast of recognizable British actors seem to be having fun. It's harmless for children and tolerable for adults. Can't say it's essential viewing though.

"Aunt Lucy said, if we're kind and polite the world will be right".

How can anyone hate this bear. Those innocent eyes. That soft butter melting voice and great British charm. Even during his comedic mess ups, you can't get mad or annoyed at him. It's utterly delightful.

Only Paul King can make this work. 'Paddington 2' lives up to the hype and doesn't suffer from sequel curse. I'm not trying to over hype it, but it's right up there with 'The Dark Knight' and 'T2: Judgement Day'. Stepping away from being just a kids movie, because how this movie is directed and shot I would put on the same level of iconic directors.

You can see the influences of Wes Anderson with the framing, cartoonist colors, and comedic timing of every joke - Like an old fashion sense of …

âPaddington wouldnât hesitate if any of us needed help!
He looks for the good in all of us.â

We have an annual tradition. The last day of the year we go to the cinema with the whole family to end that year with a cozy family film. This year the kids had their minds set on an adventure of the adorable and over-friendly British bear Paddington. To be honest, I was reluctant to watch this movie and I intended to use the full duration of this film to make up for my sleep shortage caused by the Christmas holiday. But I have to admit that I actually enjoyed Paddingtonâs adventure. Better yet, there were even times when I laughed out loud. And believe me, that isnât something I do often during a film.

A good indication wether the film was a success or not, are my two …

No posts have been made on this movie yet. Be the first to start talking about Paddington 2!