Everything, Everything Movie Information 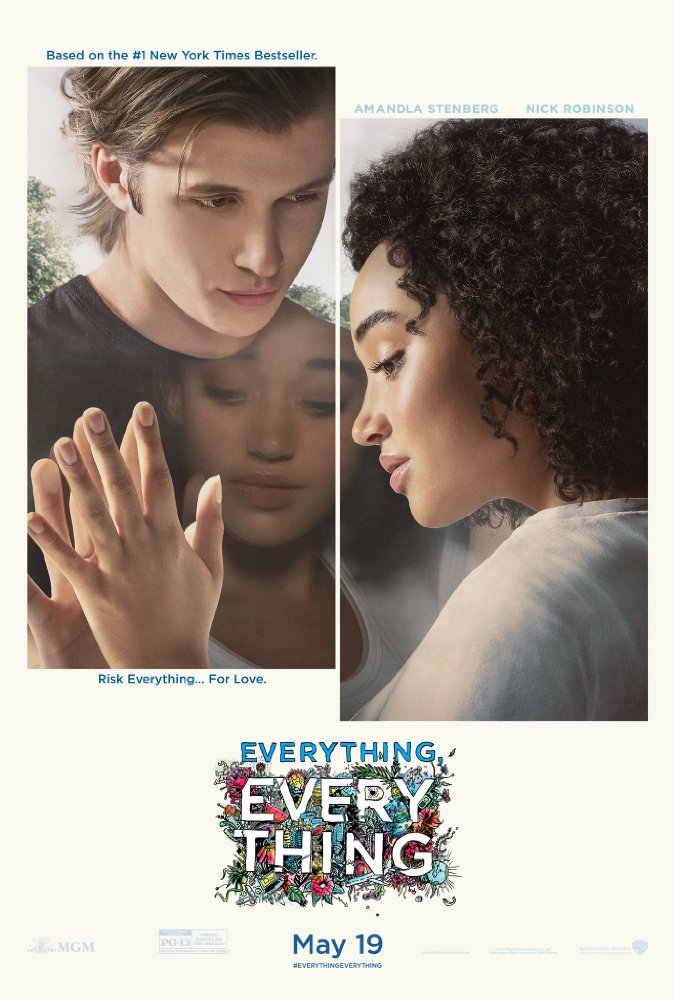 Plot: A teen has lived most of her life in an isolated existence, thanks to allergies to just about everything. Her world is about to change, however, when a new boy moves in next door and she falls for him. -- Chris Kavan

'Everything, Everything' plays out as you'd probably expect from a teen romance based off a book. But it's hard not to like the two main characters and their relationship together. The big plot twist is easy to figure out. It moves at a brisk pace and is but 96 minutes of your time.

It's never a good sign when a title has your eyes rolling before seeing the movie. It doesn't help how the whole thing plays out. "Everything, Everything" is sweet and harmless, but the whole thing feels like a girls fantasy of romance. Corny writing, predicable ending, and the soundtrack straight from someones play list. At least the performances were decent.

No posts have been made on this movie yet. Be the first to start talking about Everything, Everything!