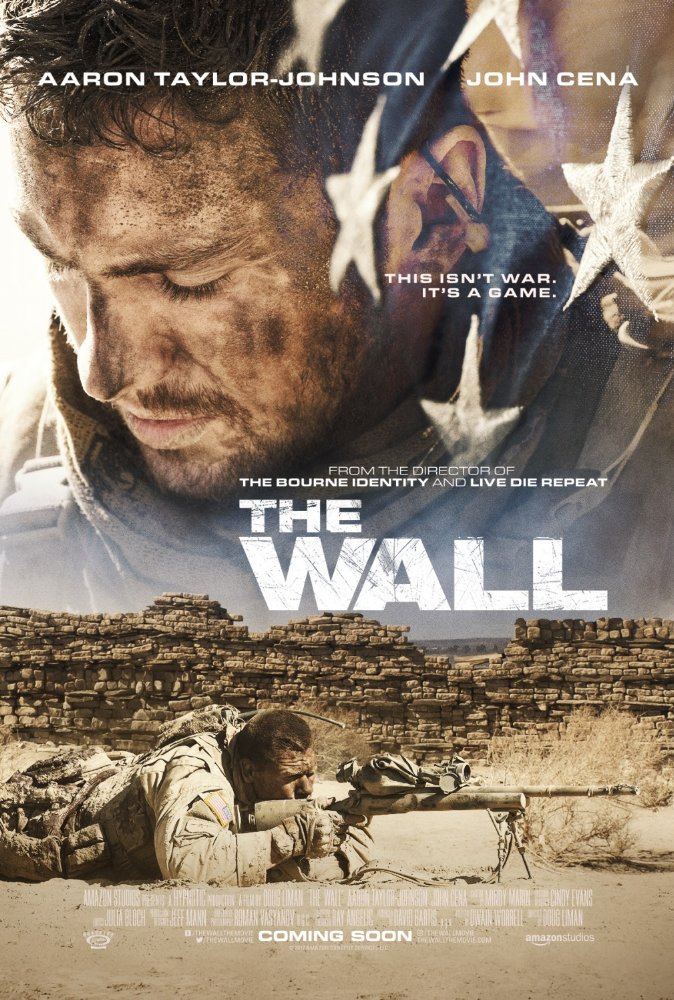 Plot: Two snipers face off in a test of will and skill as two American soldiers face off against an Iraqi sniper with a single wall between them. -- Chris Kavan

Thrilling enough and realistic enough for a war film. I love how Aaron Taylor-Johnson getting roles like this.

John Cena and Aaron Taylor-Johson play American soldiers who are targeted by a relentless sniper while guarding a construction site in war-torn Iraq. It's a short movie with an 80+ minute running time. The confined setting and suspenseful atmosphere does keep the viewer's attention. John Cena gives a solid performance but Aaron Taylor-Johnson plays the part wooden;he's always been hit-or-miss with me anyway. The ending will leave many viewers dissatisfied as was I.

A movie that fascinates despite its limitations.

âYou Americans.
You think you know it all.
You think itâs simple.
That I am your enemy.
But we are not so different,you and I.â

Ever seen âMineâ? A film about an American marine who accidentally steps on a land mine in the Afghan desert and an entire film he must remain motionless in the same place, until help arrives. âThe Wallâ shows an almost similar situation. Only this time it takes place in Iraq and the American soldier Isaac (Aaron Taylor-Johnson) sits behind the remains of a primitive wall. The only thing youâll see in this film, is a psychological game between the professional sniper (who weâll never get to see) and this soldier. Through a captured transmitter, he can communicate with Isaac and at the same time deceive other military personnel.

No posts have been made on this movie yet. Be the first to start talking about The Wall!