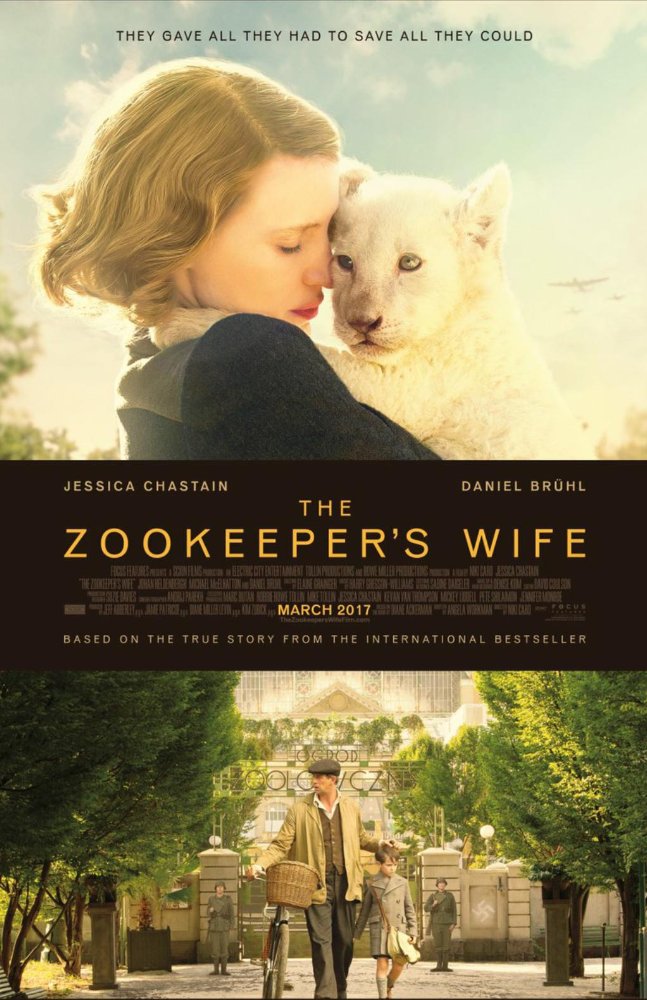 Plot: Before WWII, the Warsaw Zoo was under the control of Antonina and Jan Zabinski. As the Nazi invasion started, the pair worked to save both the animals and people from the fascist regime. -- Chris Kavan

Based off an extraordinary true story, 'The Zookeeper's Wife' skips ahead of being merely suitable oscar-bait in favor of becoming an inspiring crowd-pleaser. Jessica Chastain plays the courageous wife of a Polish zookeeper in war-torn Warsaw that decides to aid the escape for hundreds of Jewish refugees within their own animal menagerie.
The film is a lean two hours that covers several years of their joint efforts and doesn't waste much time;although a forced love triangle does rear its ugly head occasionally. For a PG-13 rating, the movie does a good job depicting the horrific conditions of the Warsaw ghetto and there are sad moments that are effective.
But fortunately, this is a story of triumphant bravery arising from a truly tragic situation. It's as heartwarming as it is often …

No posts have been made on this movie yet. Be the first to start talking about The Zookeeper's Wife!