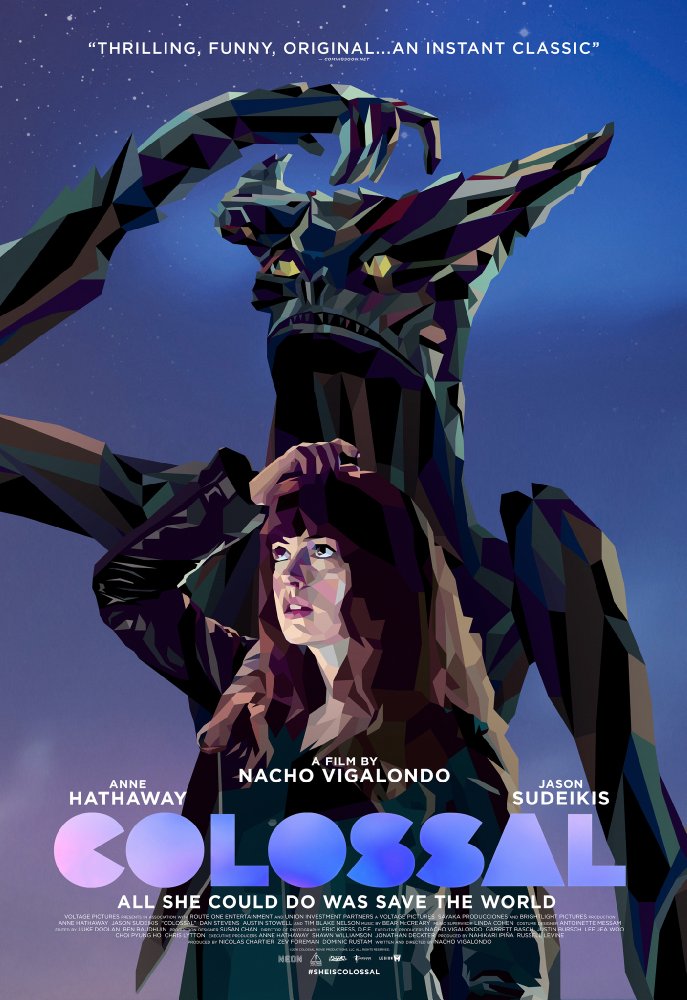 Plot: Gloria spends most of her time drinking - a fact that has caused her boyfriend to break up with her, forcing her out and in to a house left vacant by her parents. While she struggles with a mental breakdown, she becomes convinced she is the cause of a series of catastrophic events. -- Chris Kavan

One of 2017's most bizarre standouts, "Colossal" is like a Godzilla movie meets "Being John Malkovich."

No posts have been made on this movie yet. Be the first to start talking about Colossal!