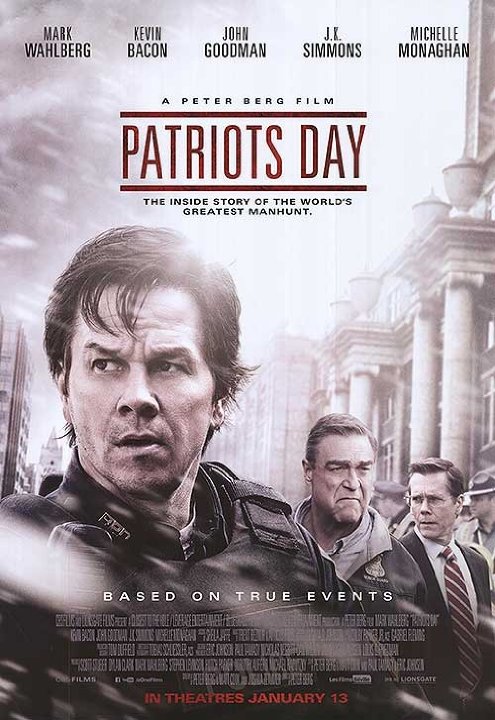 Plot: Follows the events leading up to and the manhunt following the 2013 bombing at the Boston Marathon. -- Chris Kavan

Another tragedy type film by Peter Berg which you start to see often now, but Mark Wahlberg was phenomenal in this movie, especially towards the end.

Peter Berg continues his streak with the nail-biting docudrama Patriots Day. Mark Wahlberg witnesses the Boston Marathon bombing and takes part in the investigation. I didn't remember all the details about the event and so a lot of scenes were a shock to me;the crazier bits actually happened apparently. Still, despite the gore and violence it is a tale ultimately of heroism and teamwork against evil. It is a suitable crowd-pleaser that gets the job done.

No posts have been made on this movie yet. Be the first to start talking about Patriots Day!