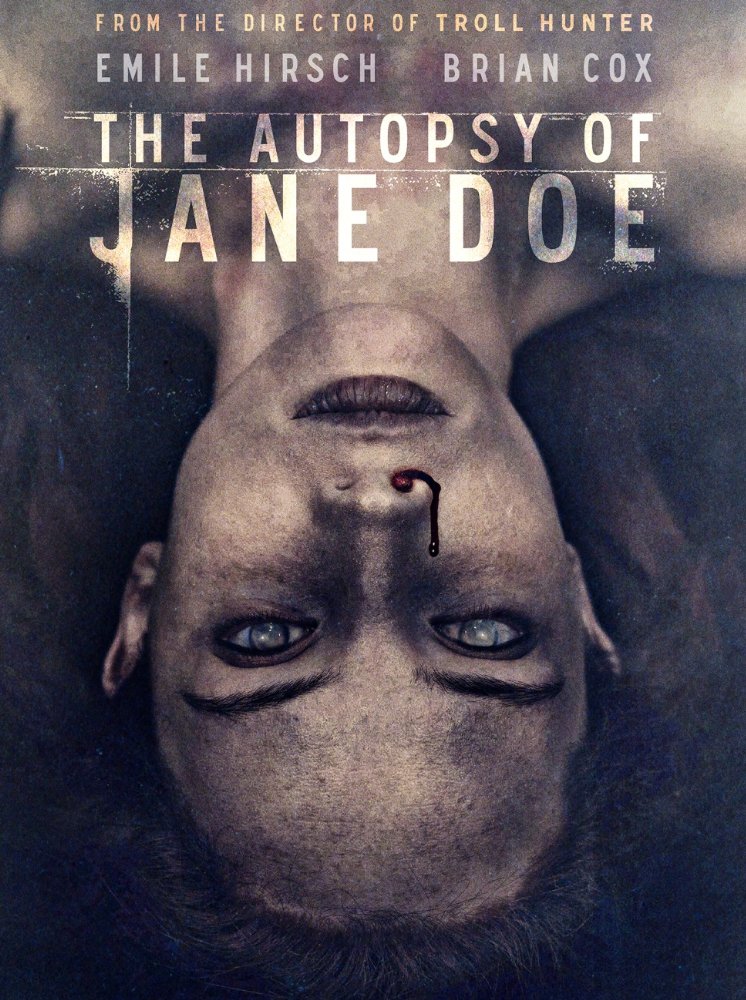 Plot: During an autopsy, a father and son meet an ominous and fatal apparition that seems to be the mark of the young and beautiful corpse of Jane Doe. -- Ionut valentin

What better place to set a horror film than in a creepy-ass morgue? A father and son work through a sudden storm in order to autopsy a Jane Doe who was found, in nearly pristine condition, in a house where several murders took place (it looks like they were trying to get out - says one officer) and, of course, things start to go wrong almost immediately. Brian Cox and Emile Hirsch are cast well and there are a lot of great moments - and a nice, eerie twist that is never fully resolved, but that's okay. If you want a good, atmospheric horror film, this is a perfect choice.

Starting out like a David Fincher-esque episode of CSI, before shifting into full Eli Roth mode, "The Autopsy of Jane Doe" has some scary turns you won't see coming.

No posts have been made on this movie yet. Be the first to start talking about The Autopsy of Jane Doe!