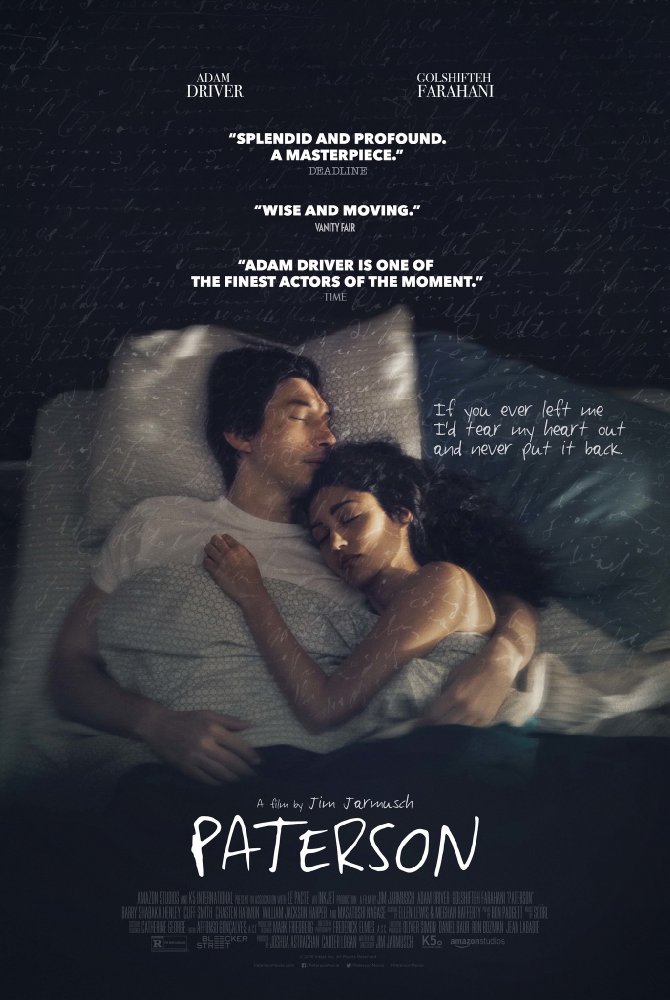 Plot: Paterson the bus driver lives and works in the city of Paterson, New Jersey. He adheres to a simple schedule but has a hidden passion for poetry. While his life is rote, by contrast his wife, Laura, lives in an ever-changing world with a different project popping up seemingly each day. He supports her ambition while she does the same for his hidden poetry. The city, the man, one week in the life of both and how each affects the other. -- Chris Kavan

"Some call it rain"

Paterson is one of the most relatable, sweet, and charming movies I've seen this year. While the story is simply and straight forward on paper, but the final result is quite unique. Before seeing the movie, I've heard nothing but great things about this movie, even at Cannes it got excellent feedback. And boy, it didn't disappoint.

Adam Driver once again knocks it out of the park in this movie. By giving a very quite and kindhearted performance that's quiet something. He's in everything recently and I'm glad an actor at he's range is getting the work he deserves.

I would view this movie as kind of a character study. For example: Paterson main interest is poetry, as it is he's escapism, because he lives a simply life and usually dose the same routine …

No posts have been made on this movie yet. Be the first to start talking about Paterson!