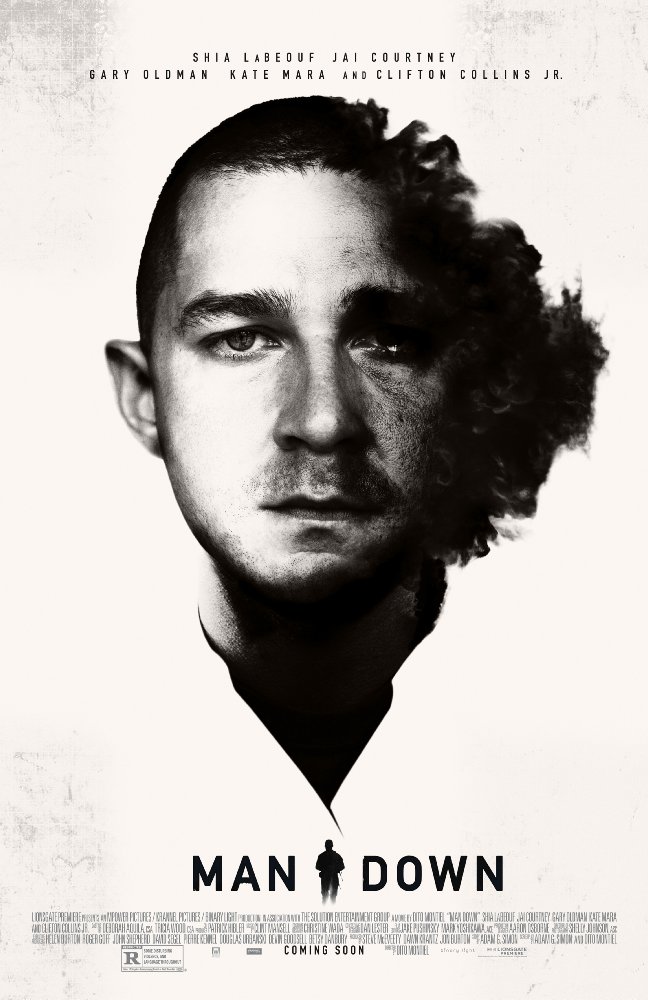 Despite Shia LaBeouf's decent efforts with his performance, but the film itself is a piece of shit. I would go as far to say it's pretty unwatchable. It looks and feels so cheap that I wasn't surprise this got completely forgotten after the 2015 TIFF screening. Until now it gets the light of day with an actual release in theaters, for which didn't last very long.

Yet again an underrated movie

"So, anytime I want to say I love you, what am I going to say to you? Man down."

"Man down" is a terribly underrated film in my opinion. No, it's not a post-apocalyptic SF movie like there have been so many in recent years (both excellent and bad). And no, the main theme is not how a marine survives a tour in Afghanistan and returns as an outright war hero (as in "Billy Lynn's Long Halftime Walk"). The entire film is a mixture of three different time-lines. Timelines that swing around a specific incident. An incident that had such an impact on Gabriel Drummer (Shia LaBeouf) that his vision about reality changed completely. The whole intent only becomes clear after the revelation in the end. And to be honest, I was a bit out of my depth. Even without the terrible statistics that were …

No posts have been made on this movie yet. Be the first to start talking about Man Down!