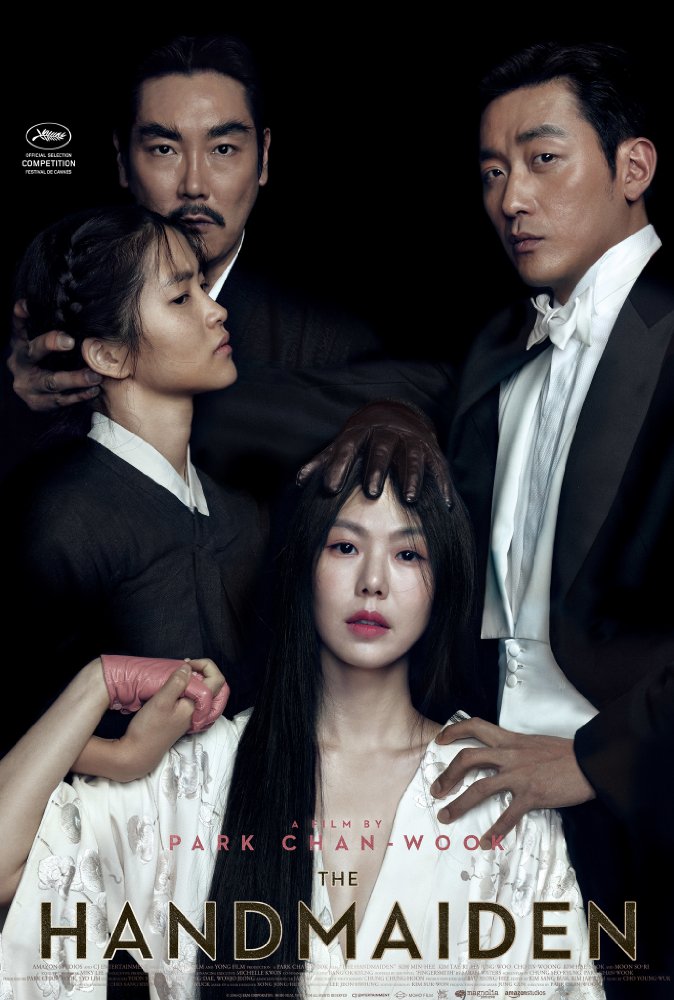 Plot: Set in 1930s Korea during the Japanese occupation - Soukee is hired as a new handmaiden to the reclusive heiress, Lady Hideko, who lives her days in a sprawling countyside estate under the domineering eye of her Uncle. But she has an ulterior motive, helping a swindling "count" win the Hideko's heart - and her money. But when Soukee finds herself uncovering feelings for the Lady, the plan changes. -- Chris Kavan

THE HANDMAIDEN is a twisty and erotically charged period piece with a tantalizing love story, an intriguing mystery, and multi-dimensional characters to boot. They certainly don't make those in Hollywood anymore!

No posts have been made on this movie yet. Be the first to start talking about Handmaiden, The ( Ah-ga-ssi )!